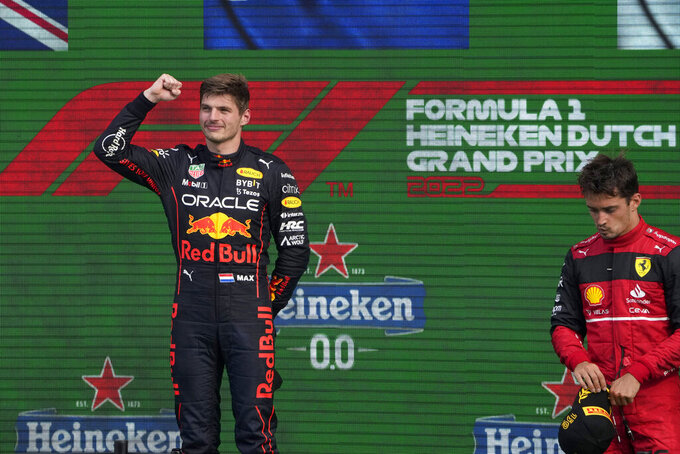 Last race: Erik Jones held off Danny Hamlin in a 20-lap sprint to the finish in the first playoff race to win for the second time at Darlington.

Fast facts: Jones became the first non-playoff driver to win the first postseason race since the format was established in 2014. ... The victory was the 200th for the No. 43 car made famous by Richard Petty. ... Pole-winner Joey Logano moved into first in the postseason standings by six over William Byron and eight over Hamlin. ... Kyle Busch led a race-high 155 laps, but suffered a blown engine as he prepared for the final restart. He wound up 30th.

Last race: Noah Gragson passed Sheldon Creed and Kyle Larson as they battled for the last-lap lead and won at Darlington.

Fast facts: Two races remain before the 12-driver playoff field is set. ... Points leader A.J. Allmendinger has finished in the top 10 in 21 of 24 races. The next best is Gragson with 17 top 10 finishes. ... Creed finished second, followed by Justin Allgaier, Allmendinger and Larson. ...The top seven drivers in the series have cemented their playoff status by winning 20 of the 24 races.

Last year: Kyle Busch won after starting second in May.

Fast facts: Smith joined playoff round one winner Grant Enfinger as drivers guaranteed a spot in the second round of the playoffs. ... Three-time series champion Matt Crafton leads Carson Hocevar by three points in the race for the eighth and final playoff spot moving forward. ... The other driver behind the cut line is Christian Eckes, and he's six points behind Crafton.

Last race: Defending series champion Max Verstappen matched his 10-win total from a year ago with a victory at Zaandavort.

Fast facts: Verstappen has won four straight races for the first time in his career. He leads Red Bull teammate Sergio Perez and Ferrari's Charles LeClerc by 109 points in the standings. ... Verstapen overtook seven-time series champ Lewis Hamilton on a restart with 12 laps to go to move in front.

Last race: Scott McLaughlin led a Team Penske rout at Portland International Raceway by scoring his third victory of the season in a 1-2 finish that moved Will Power one race closer to the IndyCar championship.

Fast facts: Power leads two-time champion Josef Newgarden and six-time champion Scott Dixon by 20 points heading into the final race of the season. ,,, McLaughin led 104 of the 110 laps in Portland. ... McLaughlin, with three victories, is second only to Newgarden's five.