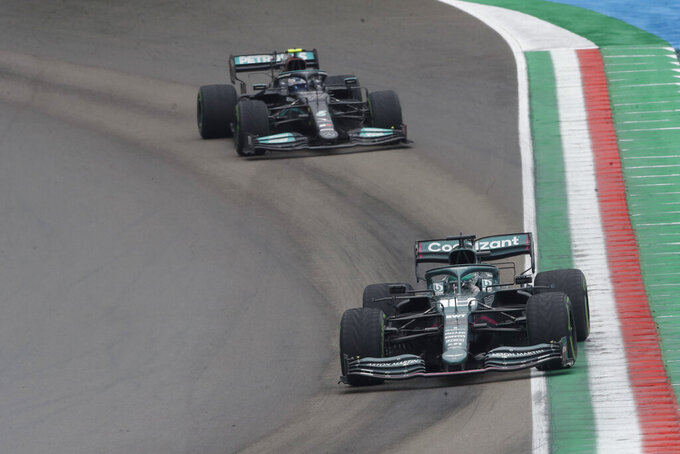 LONDON (AP) — Formula One will debut sprint qualifying races at three grands prix after an agreement with all 10 teams and governing body the FIA.

The sprints will be over 100 kilometers on the Saturdays and will replace the standard qualifying, determining the starting grid for the following day's grand prix.

F1 said on Monday two European venues and one non-European are set to stage the shorter format, though they were yet to be announced. The two European ones are likely to be Silverstone and Monza. Interlagos could stage the other sprint qualifier if Brazil’s high COVID-19 infection rates do not scupper the Brazilian Grand Prix in November.

“I am pleased to see that Formula One is seeking new ways to engage with its fans and enlarge the spectacle of a race weekend through the concept of sprint qualifying," FIA president Jean Todt said.

A qualifying session on the Friday after the first free practice will determine the grid for Saturday’s sprint qualifying. The top three finishers will also receive points toward the championship. The first place will receive three points, second place two points, and third place one point.