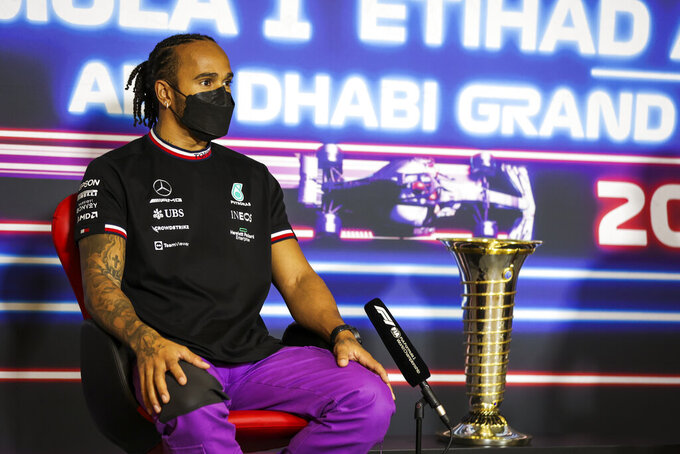 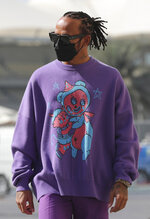 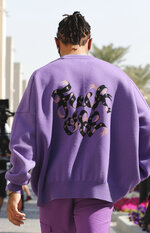 Asked if he was sending a message, the seven-time champion claimed he was unaware what it said until he was getting dressed. Pure coincidence, Hamilton said, but it sure looked as if he was ready for the finale of his title fight with Max Verstappen.

Both drivers had spent the last three days relaxing in Dubai before making their way 75 minutes south for the Abu Dhabi Grand Prix, where the championship will be settled Sunday. They are tied in the standings — the first time since 1974 the title contenders entered the deciding race equal in points — and the championship battle this season has been the most dramatic in at least a decade.

As Hamilton and Verstappen sat next to each other for their joint news conference, the F1 championship trophy strategically placed between them, the race was already on. No, not for the F1 title, but rather which driver could more convincingly appear as if they didn't have a care in the world headed into the climactic conclusion.

“I stayed over in Dubai, ate a few nice meals with friends and family, celebrated the birthday of my girlfriend, as well," Verstappen said. “These things also need to happen because, I mean, Formula One is of course one thing, but it's also important to not forget what very important things are and it's been nice weather and doesn't remind me too much of wintertime back in Europe."

Verstappen, just 24 years old, is trying to become the first Dutch world champion. He had a pretty decent hold on this title race until last month. Hamilton reeled off three straight victories to cut all 19 points off Verstappen's lead in three action-packed races against his new rival.

Hamilton now has a record eighth F1 title in reach. The only Black driver in the global series can break his tie with Michael Schumacher by finishing ahead of Verstappen on the 16-turn, 5.28-kilometer (3.28 miles) track.

“With the year that we've had, I'm sure some people would have ruled us out being this close at the end,” Hamilton said. “And no one's ever done eight before. I feel grateful. I remember what it's like going for your first, so I know those experiences and the roller coaster of emotions.”

But what about the drama and tension of this better-than-TV title fight? Will they wreck each other Sunday as has happened twice already this season? Do they need to have a private chat to discuss Verstappen's increasingly aggressive driving?

Neither fueled the flames on the opening day of the most important weekend of the season.

Added Hamilton: “I just don't give it any energy. I'm here to do the best job I can with this incredible team.”

Nobody really knows if Thursday's display was gamesmanship over who could care less about Sunday's stakes because both clearly want to win the sterling silver, 24-carat hard gold plate trophy inscribed with a spiraling flow of the signatures of every champion since 1950. Hours before their news conference, Verstappen lamented his treatment by the F1 stewards — which he thinks has been unfair and the root cause of recent public vitriol toward him.

The drivers have combined for three penalties in the last three races, and Verstappen was widely criticized after last week's chaotic race in Saudi Arabia, where Hamilton called the Red Bull driver “dangerous” and “crazy” during the race and flat accused Verstappen after the race of being “over the limit, for sure."

“What is unfair is that I am treated differently to other drivers," Verstappen insisted. "Clearly other drivers can get away with it, and I can’t. I think that’s a bit of a problem here.”

There has been intimation that Hamilton and Mercedes have been bullying Verstappen, who has never won a major championship above the karting level, and WBC heavyweight champion Tyson Fury this week made a video telling people to lay off the budding superstar.

“I’ve just been reading up about how Max is being made out to be a bit of a bad boy," Fury said while likening this year's championship fight to the 1976 battle between James Hunt vs. Niki Lauda .

“I know how it feels to be treated horribly by the media,” Fury said. “It’s not nice, especially when you are young and ambitious and want to win. Give him a bit of a break — he’s only a young lad trying his best.”

Verstappen insisted he's not crumbling under the pressure.

“I don't experience bullying,” Verstappen said. “But I think what is going on is not correct.”