Alonso returns to McLaren for another shot at Indy 500 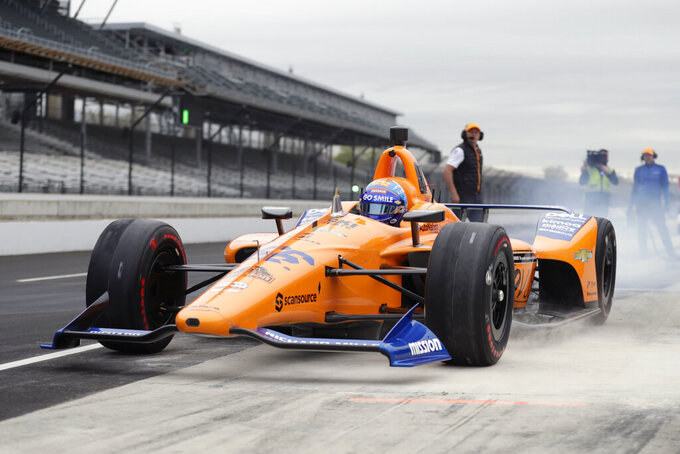 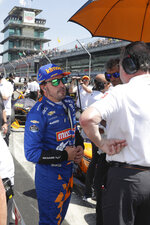 Fernando Alonso will again attempt to complete motorsports' Triple Crown with a return to the Indianapolis 500 in May with McLaren.

The team failed to qualify Alonso for the race last season in a spectacular comedy of errors, including not having its car properly prepared to put the two-time Formula One champion in the field.

“We beat ourselves,” McLaren CEO Zak Brown said Tuesday. “We have unfinished business with Fernando.”

McLaren has now aligned with Sam Schmidt's team and will field a third Indy 500 car for Alonso. He will attempt to qualify driving the No. 66 Chevrolet for Arrow McLaren SP with sponsorship from Ruoff Mortgage, which was a partner on Takuma Sato's winning Indy 500 entry in 2017.

“I am a racer and the Indy 500 is the greatest race in the world,” Alonso said. “I have maximum respect for this race and everyone who competes in it and all I want to do is race against them and give my best, as always.”

Alonso's quest is to win Indianapolis and complete a prestigious Triple Crown that includes Formula One's Monaco Grand Prix and the 24 Hours of Le Mans sports car endurance race. Graham Hill is the only driver to have completed the triple.

Juan Pablo Montoya (Indy and Monaco) and Alonso are the only active drivers to have won two of the three legs. Alonso came up short in 2017 driving for Andretti Autosport when his Honda engine failed 21 laps from the finish. He had led 27 laps.

The Spaniard returned last year for another attempt with McLaren, which was running as a one-car team making a one-off appearance in “The Greatest Spectacle in Racing.”

Nothing went right from the beginning. The team struggled to obtain a steering wheel in time for testing. Its track time at the first test was cut short because the paint scheme on the car was not the proper McLaren “papaya orange” and the team did not want it photographed in the wrong shade.

On the final morning of qualifying, wholesale changes were made to the car in a frantic effort to get Alonso into the race. But a team member incorrectly converted settings when switching the numbers from the metric to imperial system and the car bottomed out as Alonso attempted a lap.

A return to the 500 this year for Alonso was expected to be with Andretti again, but that deal was rejected by Honda because of a fallout between the engine manufacturer, the driver and McLaren over past criticism of its power plants. The Andretti ride instead went to James Hinchcliffe, who had spent five years driving for Schmidt but was dumped by the team when McLaren came aboard.

“It was important for me to explore my options for this race but Arrow McLaren SP has always been at the top," Alonso said. “I have a special place with McLaren, we've been through a lot together and that creates a bond, a loyalty that is strong.”

After dropping Hinchcliffe, the new McLaren team instead hired Indy Lights champion Oliver Askew and Pato O'Ward, who will form the youngest IndyCar lineup in history. Askew, an American, is 23. O'Ward, a Mexican, will turn 21 in May.

The 38-year-old Alonso will be in a third car alongside Askew and O'Ward attempting to make the field of 33 for the May 24 race. Brown said Alonso's star status would not swallow the rookies.

“It gives them a chance to watch a world-class professional," Brown said.

Alonso said the McLaren partnership with Arrow Schmidt has strengthened that team.

“I am impressed with how the new organization and operation is developing into a strong package with the Chevrolet partnership,” Alonso said. “The team has experienced, well-qualified people and great resources, and I'm confident we can be competitive.”

In addition to his two F1 titles, Alonso has won the World Endurance Championship, has twice won the 24 Hours of Le Mans and won the Rolex 24 at Daytona. He ran the Dakar Rally in January but his team did not win and Alonso was involved in a rollover during the 10th stage.

He said he has turned attention to preparing for Indy.

“I'm focused and excited,” he said. “It will also be great to work with Oliver and Pato, two fantastic young talents for the future who are growing all the time.”