The Latest: Rain postpones NASCAR race at Daytona a day 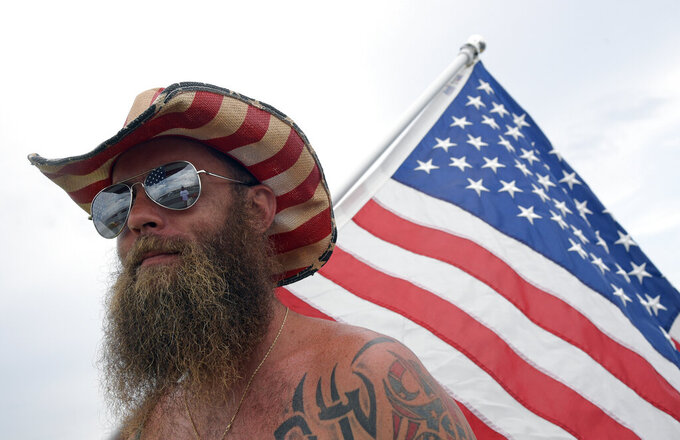 The NASCAR Cup Series race at Daytona International Speedway has been postponed because of inclement weather.

The 400-mile race is now scheduled to be take place Sunday, with a 1 p.m. local start time.

Rain started two hours before Saturday night's schedule green flag and continued on and off into the evening, and since drying the 2 1/2-mile track takes about two hours, NASCAR officials decided it would be better to race Sunday than into the wee hours of the night.

The afternoon start on NBC also shouldn't conflict with the Women's World Cup final, scheduled for 11 a.m. on Fox. The United States and the Netherlands will vie for the championship.

The start of Saturday night's NASCAR race at Daytona International Speedway will be delayed because of steady rain.

NASCAR had made decent gains on drying the track until the sky opened again roughly two hours before the scheduled 7:45 p.m. start. NASCAR is working tirelessly with its patented drying system to sweep the track of water but can't get a long enough break from the rain to do any significant drying.

Driver introductions and the pre-race pageantry have been put on temporarily hold.

It's another rainy day at Daytona International Speedway as NASCAR prepares for its final holiday weekend race at the historic speedway.

NASCAR has run at Daytona during the July 4th weekend since 1959 but is abandoning that tradition in a scheduling shake-up next season. Daytona will instead host the September regular-season finale, while the holiday weekend race will move to Indianapolis Motor Speedway.

The event was moved to prime time in 1998, and heavily promoted as the first under the lights at Daytona. But wildfires across Florida forced that event to be postponed until October.