Column: Teams are right to ask for guaranteed Indy 500 spots 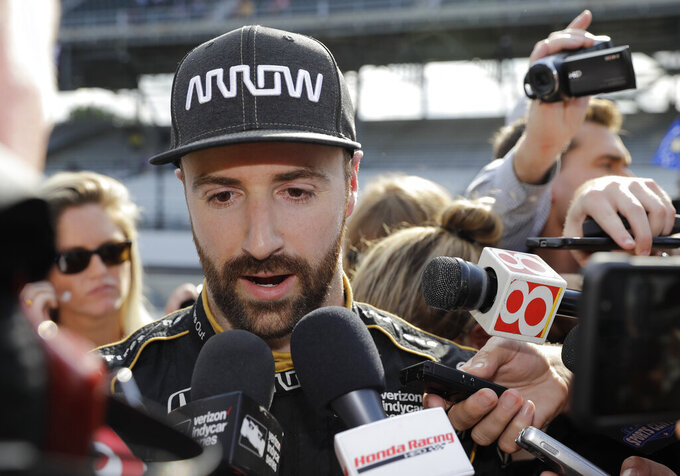 FILE - In this May 19, 2018, file photo, James Hinchcliffe, of Canada, talks with the media after failed to qualify for the Indianapolis 500 auto race, in Indianapolis. Chip Ganassi and Michael Andretti have joined Roger Penske in calling for guaranteed spots in the Indianapolis 500. The team owners argue their financial commitment to IndyCar is too steep to afford missing out on the biggest race of the year. (AP Photo/Darron Cummings, File) 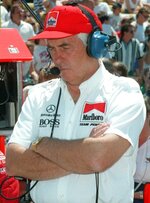 The Indianapolis 500 is steeped in a century of tradition with rules and regulations, pomp and pageantry that have remained largely unchanged since 1911.

The fastest 33 cars compete in "The Greatest Spectacle in Racing" and drivers unable to make the cut watch from the sidelines. James Hinchcliffe, a series regular and one of IndyCar's most popular drivers, didn't qualify last year and thus began a debate about the fairness in sending full-time teams home from the biggest race of the year.

Bumping has always been part of the mystique and magic of the Indy 500, which is the hallmark event of the IndyCar season. Pundits insist the race stands alone, and drivers indeed spend an entire year trying to scrape together the funding needed to get a car on the hallowed speedway grounds. The race is so special to retired Formula One world champion Fernando Alonso that he is returning next month for a second chance to close out his "Triple Crown" quest.

The race is also just one of 17 on the IndyCar schedule, but worth double points in the championship race. Hinchcliffe was fifth in the standings when he missed the 500 last year and he plummeted to 11th and never recovered to make a run at the title. It's the one event every sponsor wants to be part of when they sign the checks, and Michael Andretti had to scramble to buy Ryan Hunter-Reay a seat in 2011 when the team failed to qualify and Andretti needed his longtime partners in the field.

So when Hinchcliffe and sponsor Arrow were sent home last year, Roger Penske was one of the first owners to publicly question the bumping tradition. Penske also competes in NASCAR, which has a charter system that guarantees full-time entrants make every race, and he told The Associated Press that bumping had grown antiquated because "the world has changed."

Penske said it was time for IndyCar "to step back and look at this and be sure that people who commit for a full season know they have a (guaranteed) place in the Indy 500."

It was an interesting take from the most revered team owner in the paddock: Penske drivers have won the Indy 500 a record 17 times, and his organization was stunningly excluded from the race in 1995 when his cars failed to qualify. For added humiliation, defending race winner Al Unser Jr. was one of those sidelined.

"I remember walking out of pit lane with 100,000 people on qualification day and going back to my garage and it was a real blow," Penske told the AP. "On the other hand, it made us better going forward. This is a place you want to race and you have to be there (guaranteed) going in."

Now Chip Ganassi and Michael Andretti have echoed Penske's sentiment, and Hulman and Co. CEO Mark Miles said he understands their position. Guaranteed spots will not happen next month for the 103rd running of the race, but there are ongoing discussions as to how to protect IndyCar's full-time entrants when it comes to the marquee race.

Fans could not be angrier at that idea.

Ganassi a week ago at Long Beach enlivened the debate by openly aligning with rival Penske.

"He knows what it's like not to be in that race," Ganassi said. "Thank God I don't know what that's like. But obviously I agree with him. When you're making a commitment all year for the series, a commitment is just that."

Bedridden and bored all last weekend with the flu, Ganassi passed the time on Twitter responding to the backlash. A user named John Day asked Ganassi, "why now?" when there was no griping over Bobby Rahal missing Indy in 1993 or the Penske cars two years later.

"Hey John calm down," Ganassi wrote. "We are just discussing options. Maybe there is one that keeps everyone happy. Maybe not."

Team owners and the Indy 500 purists both make compelling arguments.

The traditional "Bump Day" is a part of the Indy 500 mystique and adds a crucial wrinkle of drama to qualifying weekend. The race against the clock to make the field of 33 can be heartbreaking — it sure was for Hinchcliffe last season — and IndyCar has updated the system for this year.

Hinchcliffe was knocked out of the race in Saturday qualifying last year, but the bumping will now be held on Sunday afternoon. Any cars outside the top 30 will have a shot at the "Last Row Shootout" to snag the final three spots in the field. It gives those teams an extra day to work on improvements, adds suspense to a second day of qualifying for television purposes and gives teams a last-ditch chance to make the show.

It's a lifeline for teams struggling to make the race, and a pretty fair concession. For the time being.

Motorsports is simply not as healthy as it was when Penske's cars failed to make the race nearly 25 years ago. His sponsors absorbed the blow then, as Arrow did last year, but teams are scraping together every dollar to fill a season these days and missing the 500 can decimate the bottom line.

The economics of IndyCar means many drivers bring their own money to their teams. Not making the Indy 500 not only means they don't get paid but also hurts their ability to sell future races.

But this is 2019 and teams — and we're only talking about 20-something full-time entries, leaving about 10 open spots in the field — at least need the assurance they will have a spot in the race. Maybe that means more than 33 cars race? As Penske noted, the world has indeed changed, and sometimes business trumps tradition.