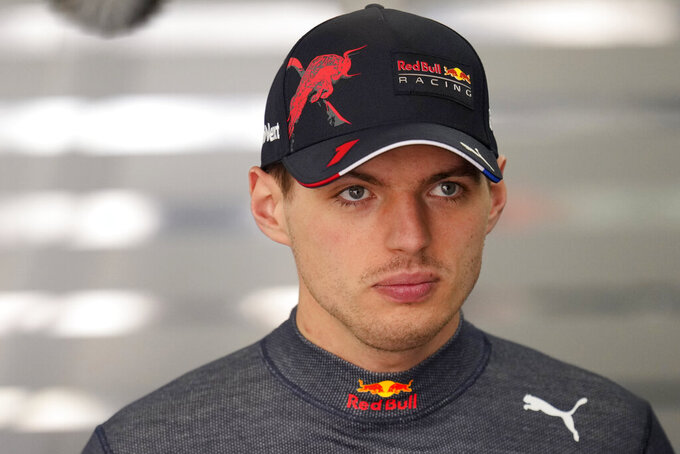 Red Bull driver Max Verstappen, of the Netherlands, arrives at pit prior to the start of the first practice for the French Formula One Grand Prix at Paul Ricard racetrack in Le Castellet, southern France, Friday, July 22, 2022. The French Grand Prix will be held on Sunday. (AP Photo/Manu Fernandez) 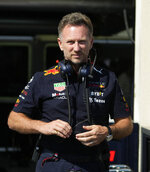 PARIS (AP) — Red Bull team principal Christian Horner thinks fans should be able to express themselves at Formula One races because rivalries are common in sport. But Horner called on a “zero tolerance” policy for the kind of abuse and bullying witnessed at the Austrian Grand Prix.

“I think there needs to be a zero tolerance for any form of abuse. I think that’s something the whole sport, the teams, are absolutely aligned on," Horner told The Associated Press in a Friday interview.

"We’re seeing unprecedented levels of interest and growth in our sport. Crowds are at a record level. But obviously what we don’t want is a small minority to in any way dampen that experience. Any form of abuse or bullying, there should be an absolutely zero tolerance policy towards.”

There has been boorish behavior from fans at several recent F1 races.

Hamilton was jeered when he crashed his Mercedes during a practice in Austria, and both Horner and Max Verstappen were booed in the previous race at Silverstone.

Last year, Hamilton was jeered in Hungary and the Netherlands, as tensions spilled over following a first-lap crash between Hamilton and Verstappen at Silverstone. Verstappen was taken to a local hospital for evaluation after the crash.

"People were cheering when Max went in the ambulance at Silverstone last year. Sport is polarizing in many respects. You see it in other forms of sport," Horner told The AP ahead of the French Grand Prix. "It’s not been prevalent in motor racing previously, but there’s a new fan base that are coming in and they are pretty vocal about the drivers and teams they support, and (those) that they don’t.

"People are free to express themselves, but what can’t be in any way accepted is any form of abuse.”

F1 is setting attendance records nearly every week but Austria spurred discussion on safety concerns and security measures that could be taken to discourage abusive behavior.

“We need to put on a great show, great racing, but it needs to be an environment that is absolutely safe and inclusive for the crowd," Horner said.

Hamilton led until a crash brought out the safety car with five laps remaining. Verstappen stopped for fresh tires and Masi flipped his decision and let the five drivers separating Verstappen from Hamilton to pass the safety car under yellow.

Masi was let go after the fiasco after the FIA ruled he'd made a human error. He's since left the FIA, and Horner feels the level of criticism Masi received was extremely unfair.

“To me that was tantamount to bullying. He was hung out to dry by a couple of teams, and I think that’s absolutely not right," Horner said. “It’s unacceptable, the guy is getting threats towards his family and so on.”

Latifi, meanwhile, was so affected by online abuse and death threats that he even hired a bodyguard.

Horner agreed there is a need for stricter controls on social media to curb abuse.

“Look, where there’s a will there’s always a way and there’s a responsibility as well,” he said. “All for freedom of speech, but what you don’t want is trolling and abuse.”

Sunday's event is the penultimate race before the mid-season break. Verstappen has overcome two DNFs in the first three races — and a sizeable deficit to Ferrari's Charles Leclerc — to lead by 38 points.

“You can always tell with the great sportsmen, they deliver when they are under the most pressure. I think that Max has never shied away from delivering under pressure," Horner said. "Some of the pressure he was under last year and the performances he was able to deliver ... Incredible.”

It also freed up his ambition.

“I think having achieved that first title it removes an awful lot of pressure but at the same time it fuels a hunger," Horner said. "He's hungrier than ever and driving better than ever.”

The 24-year-old Verstappen already has 26 wins. Hamilton is F1's record holder with 103, a target feasibly within Verstappen's reach given he could have a decade or more ahead of him.

“What Lewis has achieved is incredible and it's difficult to envisage those records being broke. So much depends on the equipment that you have," Horner said. "Who knows what the future holds? What Max has achieved so far in his career is hugely impressive and I'm sure he's going to build on that.”

Verstappen has also built a tremendous partnership with his teammate Perez, with huge mutual respect between them.

“I was keen to bring Sergio in because I felt we needed a driver with experience alongside Max. He grabbed this opportunity with both hands and he played a key role last year," Horner said. “This year he’s more comfortable in the team, the car’s slightly more to his liking. He’s a key factor in the team and the dynamic between them is great.”