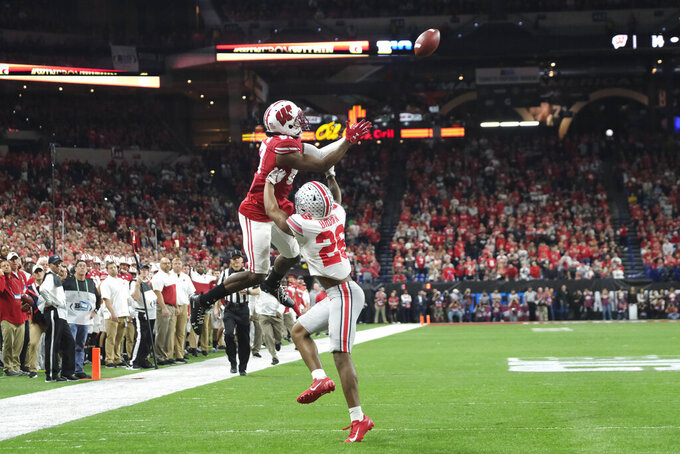 INDIANAPOLIS (AP) — Susan Baughman will spend this weekend getting learning the nuances of putting on a national championship game.

Then the Indianapolis College Football Playoff host committee president will spend the next two years using those lessons to come up with a game plan.

On Wednesday, Baughman announced the rest of her team then took a few moments to contemplate the four-day event Indy be hosting in 2022.

Indianapolis has plenty of experience hosting major events, including seven Final Fours, the 2000 NBA Finals, multiple Olympics trials, the 2002 basketball world championships, the 2012 Super Bowl and races including the annual Indianapolis 500 each May.

But Indy will be the first cold-weather city to host college football's marquee game.

If Baughman pulls off a successful event in January 2022, she knows it could keep Indy in the mix.

But Baughman, the 14-member executive committee and 23-member board of directors also will be working around a busy schedule.

That's all in addition to the Indianapolis 500 and the Brickyard 400 and possibly NFL and NBA playoff games.

“We really see that as a benefit because we can work together," Baughman said. “We're really learning from each other about how to put on all these events."

Organizers plan to have a fan fair downtown, as it did for the Super Bowl in 2012. They also want to include fans in media day festivities, are planning to hold a public tailgate party and will have venues for concerts.