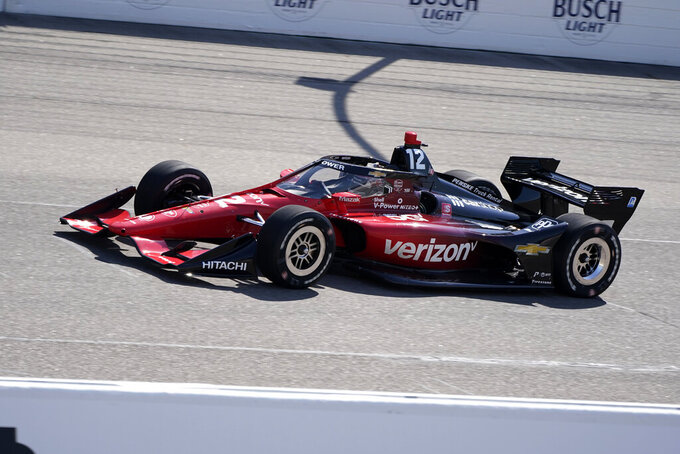 NEWTON, Iowa (AP) — Will Power swept both poles for the IndyCar doubleheader at Iowa Speedway to move within one of Mario Andretti's all-time record.

Power dominated Saturday's quirky qualifying session in which his first lap set his starting spot for the race later that afternoon. His second lap put him on the pole for Sunday's race.

The Iowa haul put Power at 66 poles for his career; Andretti's record is 67 poles.

“This qualifying session, all season, I was like, ‘This is where I can really make some damage, I can really, really put myself in a position to get there,'” Power said. “That was a big step for me.”

The Australian driver for Team Penske had targeted this weekend as an event where he could close the gap on Andretti. His only other pole this season was in May on the road course at Indianapolis.

“These two poles are key. I was thinking about them all season,” Power said. “Put a lot of focus on this race for that reason. If I got those two, it’s very realistic I could get that record.”