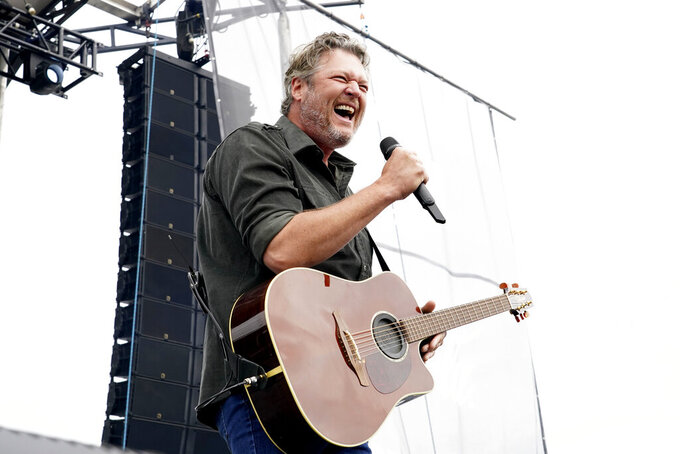 INDIANAPOLIS (AP) — Blake Shelton will lend his voice to the Indianapolis 500 as the grand marshal for Sunday’s race.

The country music star and coach on NBC’s “The Voice,” Shelton will give the traditional command for drivers to report to their cars during the official pre-race ceremonies. Shelton has a lengthy association with auto racing and served last weekend as the grand marshal for NASCAR’s All-Star race. He also played a pre-race concert at Texas Motor Speedway.

“Blake is a country music powerhouse and good friend of motorsports fans everywhere,” IMS President Doug Boles said. “For both spectators at the track and everyone watching on NBC, his winning energy will be a perfect fit for the intensity of ‘The Greatest Spectacle of Racing.’”

WWE global ambassador Titus O’Neil will serve as grand marshal of the Indy 500 Snake Pit, a traditional party zone in the track’s infield. O’Neil will hype the party from the Snake Pit stage before the green flag waves.

Scott Dixon smashed the Indianapolis 500 pole-winning record with a qualifying run of more than 234 mph. He will lead the 33-car field to the green flag Sunday.