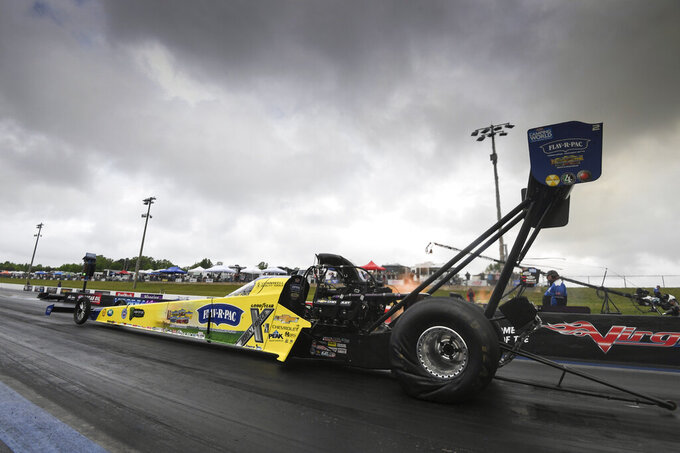 In this photo provided by the NHRA, Brittany Force drives in Top Fuel qualifying Saturday, May 14, 2022, at Virginia Motorsports Park for the Virginia NHRA Nationals drag races in Dinwiddie, Va. (Jerry Foss/NHRA via AP)

Force beat four-time defending season champion Steve Torrence with a 3.770-second pass at 334.07 mph for her third victory of the season and 14th overall. The points leader set both ends of the track record in qualifying.

“This has been our greatest season yet,” Force said. “To come on strong with this many wins, I’m so excited. We’ve never won here in Virginia, so it was very cool to get this win. This Wally (trophy) is for (crew chief) David Grubnic because he makes the impossible happen. Any win is special, but to qualify No. 1, set the track record and then get the win, it’s great.”

Hight had a 3.907 at 328.86 in a Chevrolet Camaro SS in the final against points leader Matt Hagan, picking up his third victory of the season and 56th overall.