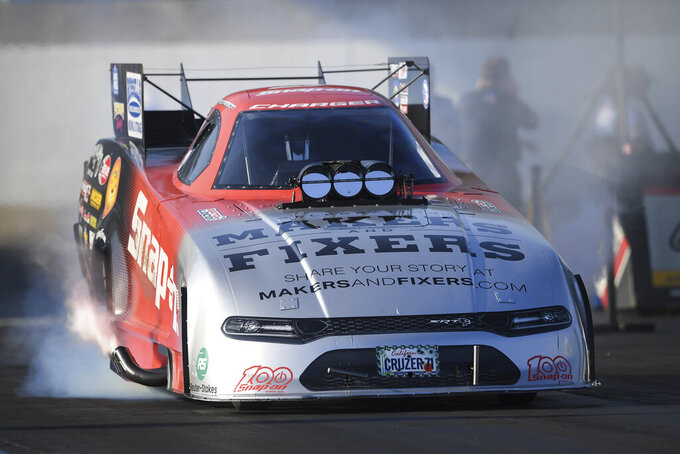 With Hagan recovering from COVID-19, Don Schumacher Racing turned their Dodge Charger SRT Hellcat over to the 53-year-old Johnson last week in Indianapolis. On Sunday at Maple Grove Raceway, he beat the 72-year-old Force with a 3.926-second pass at 330.23 mph for his 22nd career Funny Car victory.

"As the day went on, I kept getting more relaxed and by the final round, it was like, `Hey there’s nothing to it now.' It was pretty cool. When I threw the chutes and the win light came on, I just burst out laughing because I couldn’t believe it.”