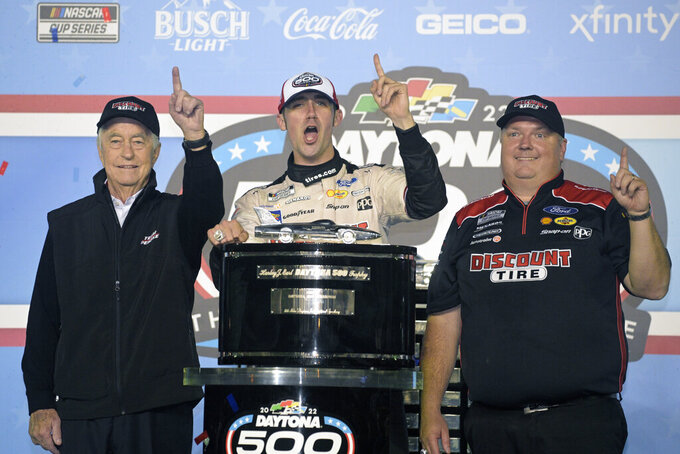 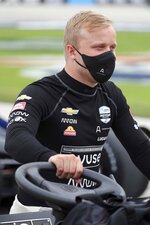 ST. PETERSBURG, Fla. (AP) — Roger Penske celebrated his 85th birthday in victory lane with the Daytona 500 trophy. He skipped the post-race hamburger party with winner Austin Cindric to get back to Detroit for a regularly scheduled global call with Penske associates, and then finally it was on to St. Petersburg for the IndyCar season opener.

The Captain will have you know he’s feeling just fine.

“I'm doing well. I'm still getting up every morning and I feel great,” Penske said in an interview with The Associated Press. “You always feel good after a big win like this past weekend. It gives you a few more years, you know?”

Cindric's victory Sunday at Daytona International Speedway was the third Daytona 500 win for Penske, who also holds the record with 18 victories in the Indianapolis 500. Penske even collected both trophies in the same calendar year in 2015, when Joey Logano won Daytona and Juan Pablo Montoya won Indianapolis.

Now that Cindric got him “The Great American Race” to open the year, Penske has his sights on collecting a 19th Baby Borg this May.

“I'd say that's a quiet personal goal for this year,” Penske allowed. “The first leg of the stool is done.”

The IndyCar season begins Sunday on the downtown streets of St. Petersburg. Penske has scaled his organization down to three cars. Simon Pagenaud left rather than move from IndyCar to IMSA sports cars, so Team Penske this year consists of Josef Newgarden, Will Power and Scott McLaughlin, who is entering his second season.

Team Penske will not field a fourth entry at Indy, Penske said.

Penske drivers combined for only three wins last season — they were contenders but bad breaks kept them out of victory lane until July — and they weren't particularly competitive at Indianapolis.

Colton Herta is the defending race winner and his victory snapped a two-year winning streak by Newgarden. In fact, Penske drivers have won six of the last 10 races on the temporary street course that runs through downtown and along the Tampa Bay.

IndyCar has 26 full-time entries this season, most in a decade. A look at IndyCar's teams for 2022:

Michael Andretti overhauled his lineup this year with a pair of new IndyCar drivers.

Romain Grosjean moved into Ryan Hunter-Reay's seat and committed to run the full season after skipping three of the four ovals last year. Devlin DeFrancesco was promoted to replace James Hinchcliffe, who moved to the NBC Sports broadcast team.

Herta returns amidst speculation Andretti will move the 21-year-old to Formula One should Andretti land a team, and Alexander Rossi enters the final season of his contract seeking to end a nearly three-year losing streak. Marco Andretti will be in a fifth car for the team at Indianapolis in May.

McLaren is now the majority owner of Sam Schmidt's race team and calling the shots as it looks to expand to three cars later this year.

The team this year will field a car for Pato O'Ward for the third consecutive season, and McLaren is expected to use the Mexican as a reserve driver during select F1 weekends. Felix Rosenqvist of Sweden returns for a second season.

Juan Pablo Montoya will run the Indy 500 and on the IMS road course for the second year in row for McLaren. The team wants to have a full-time third car next season and hopes the effort is up and running before the end of this season.

Ganassi won another IndyCar title last year when Alex Palou surprised the grid with an unbelievably consistent season. The 24-year-old Spaniard dethroned six-time IndyCar champion Scott Dixon and proved to be the most complete teammate to Dixon since Dario Franchitti's retirement in 2013.

Marcus Ericsson had a breakthrough season last year with two victories and expects to be a title contender. Jimmie Johnson has committed to run the full season, including the Indianapolis 500. Ganassi will field a fifth car at Indy for Tony Kanaan.

Conor Daly likely saved his career during his 30th birthday celebration in Las Vegas. He stunningly landed a full-season sponsor during the December weekend when he reached an agreement with BitNile Holdings.

The sponsorship not only allowed Daly to retain a seat driving for Ed Carpenter, but he can run a full season with one team. Daly split his time between two teams the last two seasons.

Rinus VeeKay is back for a third year and the Dutchman showed promise last season until he broke his collarbone in a cycling accident. He missed two races and wasn't the same when he returned.

Carpenter will race the Indianapolis 500 and is trying to find funding to add the other ovals to his schedule.

Coyne's organization has been overhauled for 2022.

Two-time Indy 500 winner Takuma Sato filled the seat vacated by Grosjean after just one season. Sato will be paired with 20-year-old David Malukas, who moved up from Indy Lights with financial backing from his father's company.

Coyne could potentially enter a third car at Indianapolis.

Foyt's team has expanded this year and will field a car for Tatiana Cauldron, the only female driver in the IndyCar field. The Colombian has driven in a variety of series but makes her IndyCar debut Sunday.

Ricardo Juncos has sporadically entered IndyCar races and its feeder series but this year has committed to a full schedule.

Juncos brought in Brad Hollinger, a shareholder in the Williams F1 team, as a partner. The team hired Callum Ilott, a 23-year-old Brit who was the reserve driver last season for Alfa Romeo.

Michael Shank's team has exploded over the last year when he began expansion to add a second car.

Helio Castroneves helped introduce the second entry and won a record-tying fourth Indy 500 in the process. He's now back for a full season alongside Pagenaud, his former Team Penske teammate.

Rahal has expanded to three cars this season and brought in two new drivers.

Graham Rahal is back for his 10th season with his father's team and has taken on more responsibilities representing both RLL and IndyCar.

But his teammates this season will be new: Harvey moved from Meyer Shank Racing, while Danish driver Christian Lundgaard defected from Formula 2 to join IndyCar.