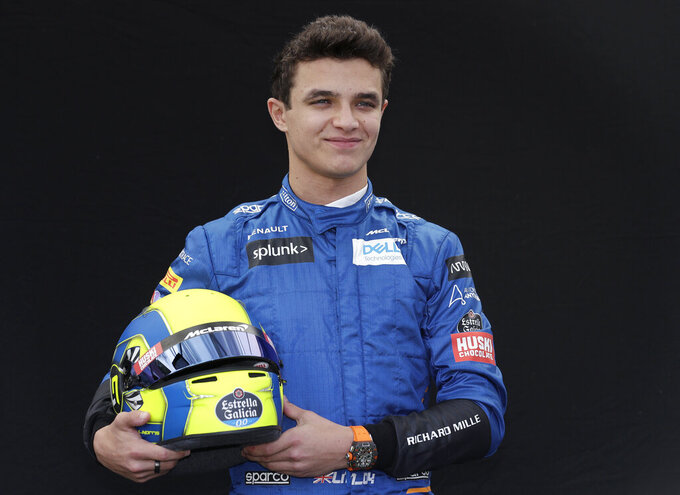 McLaren's Formula One drivers Carlos Sainz Jr. and Lando Norris are taking pay cuts, while the team is furloughing other employees as part of protective cost-cutting during the coronavirus pandemic.

With F1 racing suspended, McLaren said both drivers and senior management including chief executive Zak Brown all agreed to voluntary pay decreases. No figure was given, but McLaren said the percentage of the cut is the same for all employees who are not furloughed.

McLaren said in an email that "these measures are focused on protecting jobs in the short term to ensure our employees return to full-time work as the economy recovers.”

Sainz Jr. tweeted his support, saying “I fully understand these tough decisions and I have obviously decided to take a pay cut. We are all in this together.”

The first eight races of the 22-race campaign have been called off due to the virus. The season-opening Australian GP and the showpiece Monaco GP have been definitively canceled, while the others may yet be rescheduled.

There is no date set for when the season might start, with the Canadian GP the next scheduled race on the disrupted calendar on June 14.

The season is scheduled to finish with the Abu Dhabi GP on Nov. 29, but F1 organizers previously said they anticipated that “the season end date will extend beyond our original end date.”

To further save costs and potentially gain time, engine manufacturers and teams are observing a three-week factory shutdown period. It would normally have been two weeks and would have taken place during the mid-season summer break.