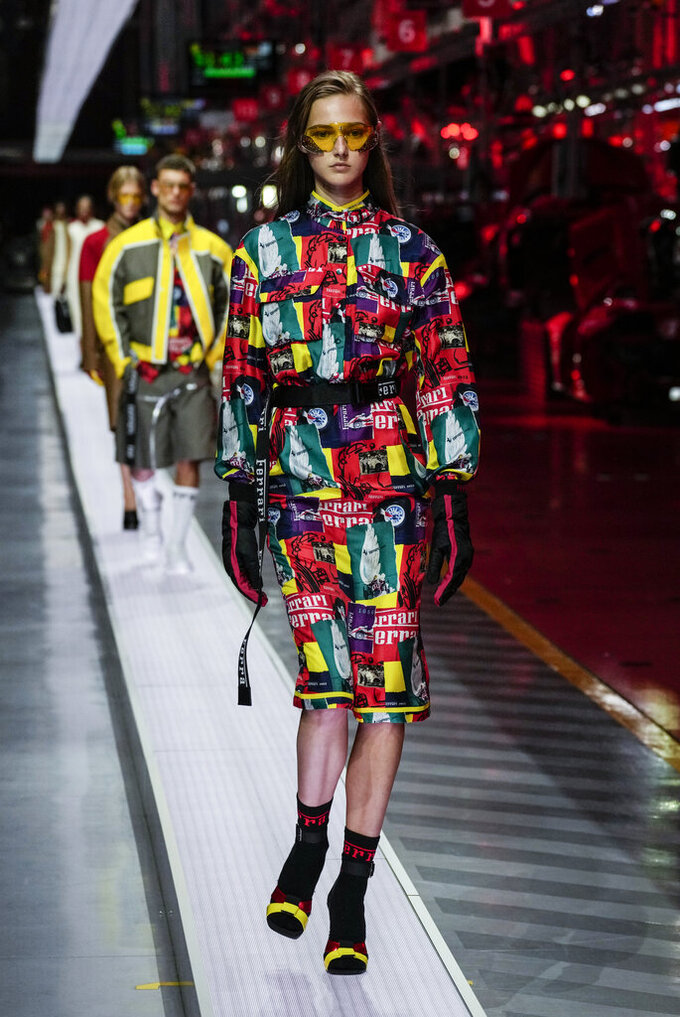 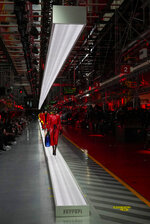 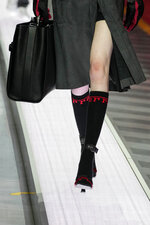 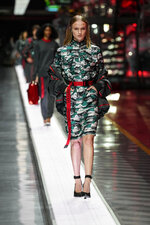 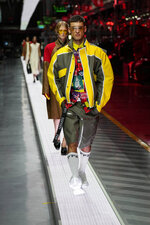 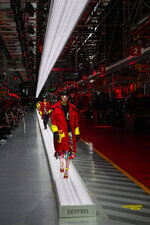 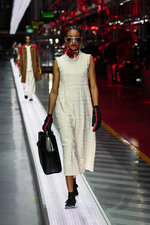 MARANELLO, Italy (AP) — Ferrari V12 production cars were suspended over the factory floor Sunday night as the 74-year-old luxury carmaker launched a new era as a lifestyles brand, with a runway show unveiling its first ready-to-wear collection targeting a younger generation that might not be aware of its Formula One racing pedigree and coveted performance street cars.

But instead he went bold, starting with trenches, bombers and parkas intricately modeled to give the appearance of a shell, branded with the famed Prancing Pony logo placed discreetly on the nape, and including clever rubberized accents on pockets and sleeves to recall the automotive heritage.

“The young generations have the power to express the energy and the power of a brand," Iannone said of the target audience. The 35-year-old designer was previously creative director at Pal Zileri after more than a decade at Giorgio Armani and a stint at Dolce&Gabbana.

The coats were complemented by daywear that included silky midi skirts in new Ferrari prints featuring collages of classic racing cars and the Ferrari logo. The youthful streetwear feel was sophisticated, with oversized Ferrari branding on shirts, complemented by wide shorts with reflective tape or loose-fitting trousers sportily fastened at the ankle.

The seasonless collection will be trickled out in six drops this year, with 80% meant to be genderless and available in a range of sizes from XXXS to XXXL.

The runway collection is part of a brand diversification project that could contribute up to 10% of Ferrari’s bottom line within a decade, said chief brand diversification officer Nicola Boari. The project encompasses retail and licensing, which has been completely overhauled since 2019, entertainment, including Ferrari theme parks in Barcelona and Dubai and a new e-sports venture, and luxury experiences for Ferrari owners.

Even though Ferrari is among the most recognized brands in the world, Boari said he is not taking for granted that younger generations have the same knowledge and passion as their parents.

He spent his first year in the new post slashing 50% of the licensed products — mostly aimed at Formula One fans — that did not match Ferrari's luxury cachet. But Boari said the key is balancing exclusivity with a move to be more inclusive by reaching out to a generation that isn't, for the moment, interested in Ferrari's automotive range.

“Someone is saying: ‘Aren’t you scared of becoming too approachable?’" Boari told The Associated Press. “I think the risk instead is if we don’t do this, we become irrelevant and not known.”

Along with the collection, Ferrari unveiled a remodeled flagship store, where the first capsule collection is available beginning Monday, and the reopening of the historic Cavallino restaurant under the tutelage of Michelin three-star chef Massimo Bottura, both at the factory gates. New stores are also planned this year in Milan, Rome, Los Angeles and Miami.

“Ferrari wants to champion Italian excellence and the best of our country’s creativity,’’ Ferrari chairman John Elkann, who attended the event, said in a statement. “Today’s fashion show in our factory and the openings of the Ferrari store and the Cavallino restaurant in Maranello are signs of a strong and optimistic Italy, ready for growth and renewal.”