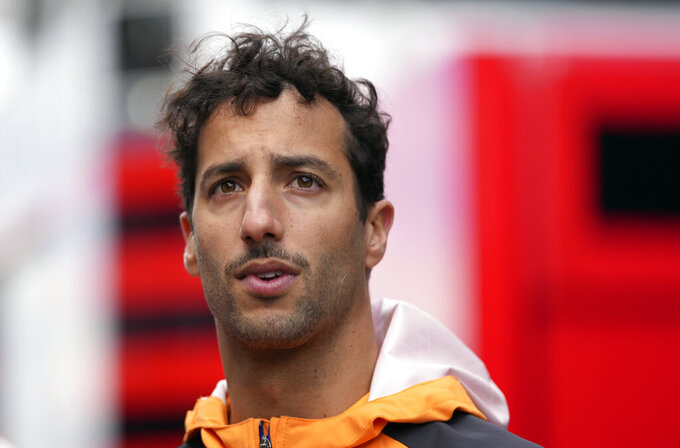 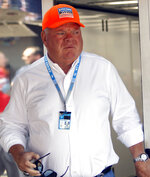 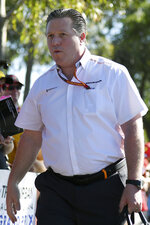 It couldn't have been more than a decade ago that Chip Ganassi hosted a dinner at his usual window table in his favorite Indianapolis steakhouse. The movers and shakers of the local IndyCar scene were present, including Zak Brown, and the group played credit card roulette to determine who would cover the bill.

There's been some sort of falling out between Ganassi and Brown since that dinner — a business agreement gone bad? Brown's failed attempt to lure away Ganassi star driver Scott Dixon? — and the acrimony between the two team owners is common knowledge in the IndyCar paddock.

Now, they legitimately have beef.

Chip Ganassi Racing and McLaren Racing both believe they have reigning IndyCar champion Alex Palou signed for next season in a messy contract dispute that likely will be resolved by lawyers.

Rumors swirled at the Indianapolis 500 that Brown was attempting to poach Palou, but the Spaniard last month insisted he was happy in the No. 10 car with Ganassi and not looking to leave.

Palou’s denials shifted speculation toward another run at Dixon, but the six-time IndyCar champion and Ganassi’s longest-tenured driver said he’d had no conversations about moving to Arrow McLaren SP. Ganassi heard the same gossip, rolled his eyes, huffed and puffed and insisted his four-driver lineup next year would be status quo.

It finally erupted last week when Ganassi called The Associated Press and said he'd picked up the option year on Palou's contract. A few hours later, the team made it official with a news release announcing Palou would be back for a third season.

Palou hit back in a series of tweets that claimed he'd not authorized any news release, the quote attributed to him in the news release was fake and that he'd informed CGR he was not returning in 2023. Minutes later, McLaren said it had signed Palou, an announcement made after midnight in England.

So what happens next? Grab some popcorn for what looks to be an extracted battle for the 25-year-old in one of the juiciest IndyCar dramas in years.

Ganassi remained fairly silent on the issue all weekend in Toronto, where Dixon earned his 52nd career victory to tie Mario Andretti for second on the all-time wins list. He maintains he exclusively holds an option on Palou, exercised it for 2023 and the contract he holds is valid.

Brown has never seen Palou's contract and has operated under the assumption that Palou was a free agent. And as personal as it may appear to lure the reigning series champion away from his rival, Brown insisted all his driver signings are only business moves.

“Our mission is to try and build the most competitive and exciting racing team in the world for our fans, sponsors and employees,” Brown told AP, “and you need the best talent in order to achieve that.”

Brown's recent moves back up his claim. Arrow McLaren, the IndyCar branch of the larger McLaren Racing organization, signed 2016 Indianapolis 500 winner Alexander Rossi for next season and Colton Herta has a testing contract with the F1 team. Both drivers currently are under contract to Michael Andretti, and Brown and Andretti are actual friends.

Brown stopped Pato O'Ward from slipping away from his IndyCar team when the Mexican expressed early season disappointment with his contract by giving O'Ward an extension from Arrow McLaren. And McLaren Racing extended Felix Rosenqvist's contract with the caveat he could be used in either IndyCar or the new Formula E team that McLaren plans to launch next year.

That's five current IndyCar drivers — counting Palou — with contracts to drive something for Brown. And he signed Lando Norris to an F1 extension at the start of the year in what's been a head-spinning flurry of roster padding.

Notably, Brown is undecided on who will drive what next season. He knows Rossi will be in IndyCar and Norris in F1, but everything else depends on resolving the Palou saga and the F1 future of Daniel Ricciardo.

Brown has said there are “mechanisms” in which Ricciardo and McLaren can split at the end of this season, but it is believed Ricciardo is the one who holds the option and the Australian has insisted he'll be back in 2023. In fact, after the Palou debacle, Ricciardo took to social media to reiterate his future.

“I am committed to McLaren until the end of next year and am not walking away from the sport,” the 33-year-old wrote.

In reality, he has until September and after F1's summer break to formally inform McLaren he's returning — something Ricciardo has not yet done. Should he return to his seat, then Brown is likely looking at a three-car IndyCar lineup of Rossi, O'Ward and Palou if he's actually available.

Rosenqvist would shift to Formula E, even as the Swede publicly lobbied Sunday to keep his IndyCar seat following his third-place finish.

“I want to be where I’m at right now. It’s up to Zak; he’s the man who is making the moves,” Rosenqvist said. He added it could take weeks to unravel Palou's situation and speculated Palou could even be benched for all of 2023.

“At the moment it doesn’t sound like he’s going to race at all. It’s up to lawyers and stuff,” Rosenqvist said. “This whole deal went down months ago. I think if Zak was sure I was going to FE, he would have already said it. I’m going to take that chance.”

All bets are off if Ricciardo does indeed leave McLaren.

Then Brown has an open F1 seat — the carrot that likely wooed Palou away from Ganassi — and unlike Herta and O'Ward, Palou holds the FIA super license required to compete in the series.

O'Ward tested the F1 car for McLaren last December, and Herta wowed the organization with an outstanding test in Portugal.

But Herta remains under contract with Andretti until the end of the 2023 season, and although Andretti has said he would let the American move to F1 if he has the opportunity, Andretti wants Herta in his own long-term plans. Andretti hopes to build an F1 team around Herta as early as 2024.

Herta and O'Ward both still need super licenses to compete in F1, a hurdle Brown will address once he knows if he actually has Palou and what Ricciardo has planned. He's determined for McLaren to become a consistent winner in F1 again and for its IndyCar team to challenge heavyweights Ganassi, Team Penske and Andretti Autosport.

It's all just business to Brown. Making his nemesis Ganassi squirm is simply the cherry on top of his ambitious plans.