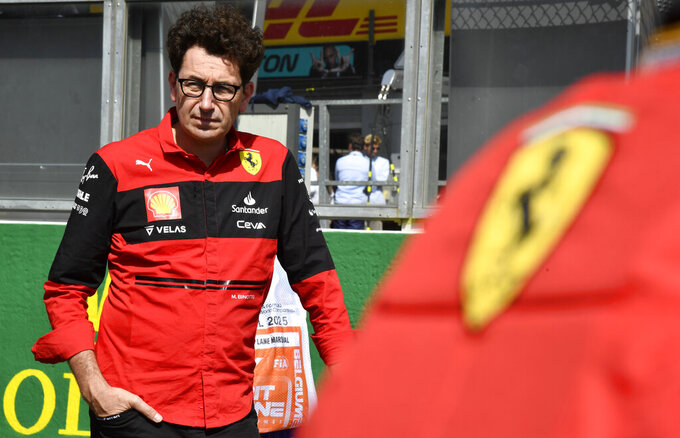 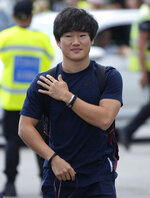 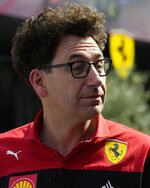 Binotto used the word when alluding to Tsunoda in an interview with Italy's La Gazzetta dello Sport last week, shortly after the Japanese driver retired for the third time this season at the Dutch Grand Prix.

The Ferrari boss was told at a news conference ahead of the Italian GP that his comment had caused offense in Japan, which was devastated in 2011 by a tsunami that killed nearly 16,000 people.

“Certainly I need to apologize and it was a mistake by using that word,” Binotto said. “It was no intention to do anything wrong."

Binotto called Tsunoda a “fantastic driver" and a “great man.”

He said he had a good relationship with the AlphaTauri driver, adding "it’s a simple joke, but it’s a bad joke.”

Tsunoda will serve a grid penalty for Sunday’s race after receiving five reprimands in 15 races. The 22-year-old driver also has eight penalty points on his super-license in the last 12 months — 12 in a year triggers an automatic race ban.