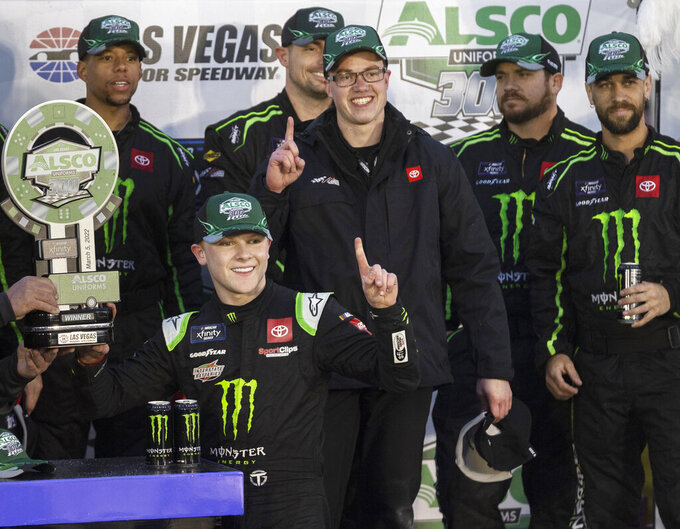 Fast facts: Hendrick placed three drivers in the top five with William Byron running fifth. ... Larson, the defending series champion, moved into the points lead by six over Truex. ... Denny Hamlin, who finished third in the standings last season and had 25 top-10 finishes in 36 races, has been running at the finish just once in three races and is 30th in the point standings.

Last race: Ty Gibbs pulled away on a restart with six laps remaining at Las Vegas and claimed his first victory of the season.

Fast facts: Gibbs jumped to second in the standings behind Noah Gragson, who finished second at Las Vegas. ... Gragson, A.J. Allmendinger and Justin Allgaier have finished in the top 10 in all three races. Gragson has finished in the top five in all three. ... The race featured 17 lead changes, 11 caution flags and a 42-minute red flag for light snow and rain.

Last race: Scott McLaughlin led 49 of 100 laps and held off reigning series champion Alex Palou over the closing laps for his first career victory in the season-opener at St. Petersburg, Florida.