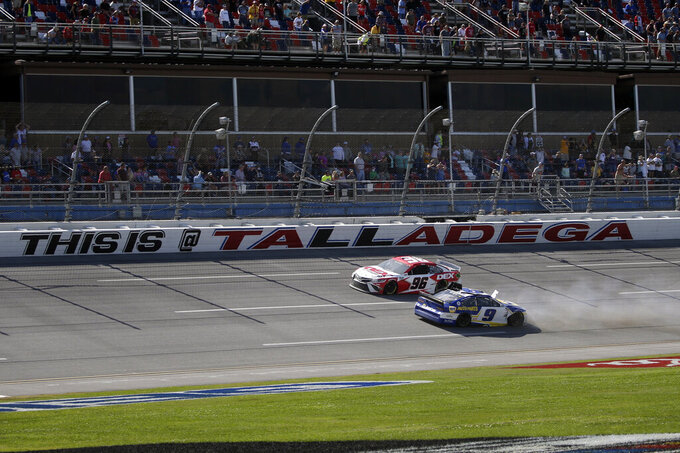 The women’s world hockey championship has been rescheduled for late August, but the International Ice Hockey Federation has yet to determine a site.

The IIHF announced it is working with Hockey Canada to evaluate potential hosts for the tournament, now scheduled to run from Aug. 20-31. The 10-nation event was previously set to be held in Nova Scotia from May 6-16 before it was abruptly canceled by the province at the last minute due to COVID-19 concerns.

It’s unclear whether Nova Scotia again will be considered as the host.

IIHF president Rene Fasel said the new dates were agreed to despite a consensus from the participating nations, with some preferring the tournament be held in September. Fasel said the late-August dates were selected to allow the bottom four teams the time to prepare for the Olympic qualification tournament in November in advance of the 2022 Beijing Games.

Atlanta Motor Speedway will open its grandstands to full capacity for the July NASCAR weekend.

Following the lead of other major sports facilities in the Atlanta metro area, the 1.54-mile trioval in suburban Hampton, Georgia, is planning to fill as many seats as possible for its next major event.

The speedway’s exact capacity is not known, but like many NASCAR tracks in recent years it has removed large grandstands in response to waning attendance for stock car racing. Even then, there were usually plenty of available seats for races before the coronavirus pandemic.

This will be the first time since 2010 that Atlanta has hosted two Cup races in a season, on the heels of a March event in which only limited capacity was allowed.

Baseball’s Atlanta Braves and Major League Soccer’s Atlanta United both announced this week that they plan to resume 100% capacity for games in May.