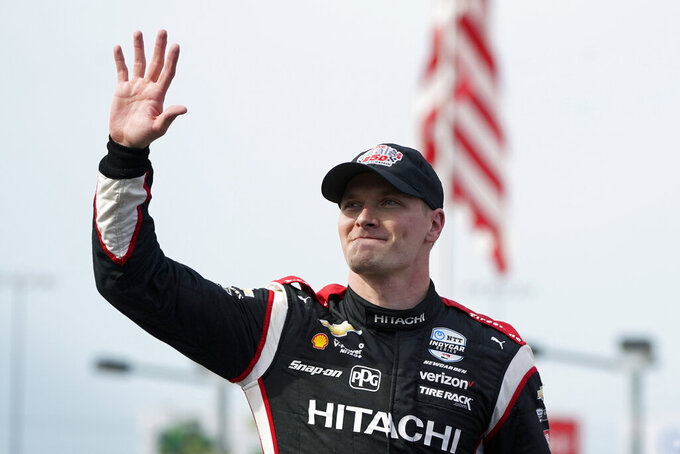 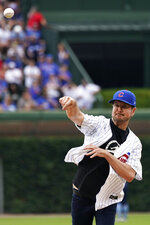 CHARLOTTE, N.C. (AP) — Kurt Busch will miss Sunday's NASCAR race at Indianapolis Motor Speedway with concussion-like symptoms and be replaced again by Ty Gibbs in the Toyota for 23XI Racing.

The team said Wednesday that Busch has not been cleared to race for a second consecutive week. He crashed in qualifying last Saturday at Pocono Raceway and missed the next day's race.

“Kurt’s health is of the utmost importance to the team, and we wish him all the best as he prepares for his return," said the team owned by Denny Hamlin and Michael Jordan.

Gibbs, the 19-year-old grandson of NFL and NASCAR Hall of Famer Joe Gibbs, made his Cup debut last weekend as Busch's replacement in the No. 45. He finished 16th.

“I'm happy to help out 23XI Racing this week at Indianapolis, but again our thoughts are with Kurt and getting him healthy,” Ty Gibbs posted on social media. "He's a good guy, and we all want him back soon.

“I think the goals are the same as last week — just to complete the race and learn all we can. I want to thank Denny and MJ for the opportunity.”

Gibbs will also compete Saturday in the Xfinity Series race.

Busch, who turns 44 next week, is in his 22nd full season of Cup racing. He thanked Gibbs for again filling his seat and said, “I remain dedicated to focusing on my recovery and getting back on the track and will continue to work closely with NASCAR's medical team and my own team of doctors.”

23XI said Busch has received a medical waiver from NASCAR and remains eligible for the playoffs. Busch earned his playoff spot with a victory at Kansas in May.

NASCAR shares Indianapolis Motor Speedway this weekend with IndyCar, and Team Penske driver Josef Newgarden is awaiting a Thursday evaluation to determine if he can race. The two-time IndyCar champion collapsed Sunday and hit his head about 90 minutes after he was cleared from the medical center at Iowa Speedway following a hard crash while leading the race.

Scott McLaughlin, a close friend of Newgarden's and his Penske teammate, said he's only communicated with Newgarden's wife and father.

“Ultimately, when I found out what happened, it was a bit of a shock to the system for me and for everyone. But the main thing is just wanted him to be OK,” McLaughlin said Wednesday. “It sounds like he’s typical Josef fighting and doing his thing. I hope he just gets better soon and I’m sure we’ll see him Thursday.”

Santino Ferrucci is on standby in case Newgarden is not cleared to race. A pool of drivers, including reigning NASCAR champion Kyle Larson, indicated they'd like to fill-in for Newgarden if he can't race.

Austin Cindric, the Cup rookie and son of Team Penske president Tim Cindric, said he never asked his father for a shot in the Indy car. Tim Cindric is also Newgarden's strategist.

“As far as wanting to start in IndyCar, absolutely. The drivers I’ve idolized and looked up to my entire life are mostly IndyCar drivers. I come from that world and I’d love to get a taste of that some day,” Cindric said Wednesday. "I’m not going to set a timeline or prediction of that, but I can tell you right now is probably not that time. I think focusing on my Cup career is the highest of importance, but I’ve been a guy that’s always loved driving different things and not just being specialized in a certain field.

"I’d certainly love to do that one day and maybe the opportunity will come.”