Hamilton on track for 6th consecutive pole at Australian GP 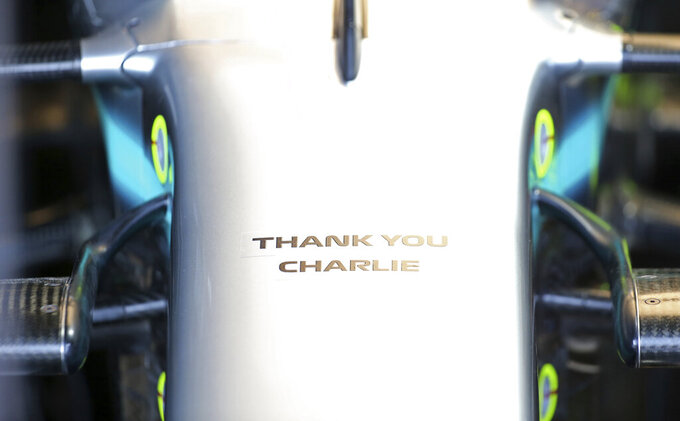 A tribute to Charlie Whiting, the former FIA Formula One Race Director who recently passed away, is on the front of Mercedes driver Lewis Hamilton's car during the final practice session for the Australian Grand Prix in Melbourne, Australia, Saturday, March 16, 2019. The first race of the year is Sunday. (AP Photo/Rick Rycroft) 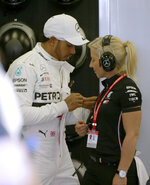 The five-time Formula One world champion topped the time sheets in both practice sessions Friday and followed up by recording the quickest lap time of 1 minute, 22.292 seconds in his Mercedes just hours before the qualifying session for the season-opening race.

He was followed by two Ferraris in the third practice, with two-time defending Australian GP champion Sebastian Vettel 0.264 behind in second spot and Charles Leclerc 0.457 back in third.

Haas Racing drivers Romain Grosjean and Kevin Magnussen were fourth and fifth, followed by Pierre Gasly in a Red Bull and Hamilton's teammate Valtteri Bottas. Max Verstappen was 1.189 off the pace in ninth and was one place ahead of his former Red Bull teammate Daniel Ricciardo, who was 1.403 behind in a Renault.

Hamilton is aiming for a record-extending eighth pole position at the Albert Park circuit, dating back to 2008 when he won from the front row of the grid. He has dominated qualifying here since 2014, but hasn't won the Australian GP since 2015.

The teams and drivers had a two-hour break between the end of the third practice and the start of qualifying.