Audi to enter Formula One in 2026 as power unit manufacturer 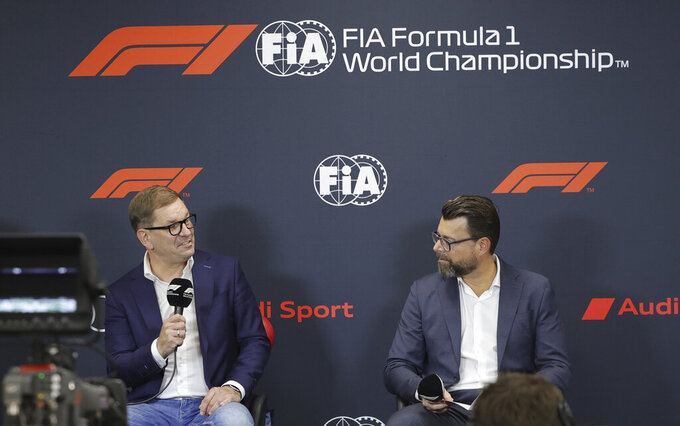 Audi will manufacture its own power unit in an era when there will be a greater emphasis on sustainable fuels and an increased electrical component in engines.

From 2026, the electric power output for the power units, consisting of an electric motor, battery, control electronics, and a combustion engine, will increase. The electric motor will then be nearly as powerful as the combustion engine and the highly efficient 1.6-liter turbo engines will run on advanced sustainable fuel – which Audi says was a prerequisite for entry into the series.

“I want to officially announce that Audi has officially registered as PU (power unit) Formula One manufacturer. So in 2026 we will start racing in F1,” Audi chief executive Markus Duesmann said at the Belgian Grand Prix.

“Racing, motorsport is in the DNA of Audi. If you think of Le Mans, and Dakar, we have always been very successful. It’s perfect timing with the rule changes for us to enter F1."

It is not yet clear if Audi, which has been linked to a set up with Sauber, will run its own team or only supply engines.

Soon after Audi's announcement, Alfa Romeo announced it will end its title sponsorship with Sauber at the end of 2023.

“Since the economic and industrial turnaround of the brand will be achieved in 2022, Alfa Romeo will now evaluate among the many opportunities on the table," the Italian car manufacturer said in a statement.

Duesmann said entering in 2026 was wiser for Audi than starting earlier in F1.

“As we do a complete new power train, the combustion engine and the power side, that is not too long for us," He said. "In less than four years from now we will be on the grid.”

The project will be based at Audi Sport’s facility in Neuburg, Germany, near Ingolstadt.

Audi is the second-most successful manufacturer in the 24 Hours Le Mans endurance race with 13 wins, and began to work on electrifying the car in that series as early as 2012.

“I am delighted to welcome Audi to Formula 1, an iconic automotive brand, pioneer and technological innovator," F1 CEO Stefano Domenicali said. “It is also a big recognition that our move to sustainably fueled hybrid engines in 2026 is a future solution for the automotive sector.”

FIA President Mohamed Ben Sulayem expects Audi to make a long-term commitment to F1 when the new cycle begins, which Duesmann agreed with.

“We are here very long term,” Duesmann said. “Within three years we expect to be competitive.”

Audi is widely expected to be joined on the grid in 2026 by Porsche in a partnership with Red Bull.