NBC to shut down NBC Sports Network at end of 2021 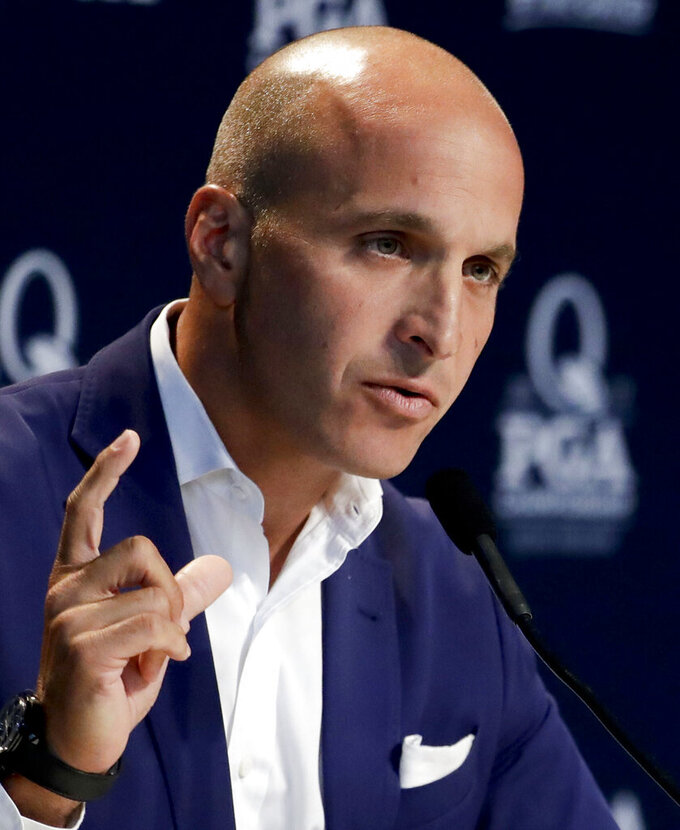 FILE - In this Aug. 8, 2017, file photo, Peter Bevacqua, then CEO of the PGA of America, speaks during a news conference at the PGA Championship golf tournament at the Quail Hollow Club in Charlotte, N.C. NBC will shut down the NBC Sports Network at the end of the year. NBC Sports Chairman Bevacqua announced the move Friday, Jan. 22, 2021, in an internal memo to staff. (AP Photo/Chris Carlson, File)

The NBC Sports Network, which is best known for its coverage of the NHL and English Premier League, will be going away at the end of the year.

“At the conclusion of 2021, we have decided that the best strategic next step for our Sports Group and the entire Company is to wind down NBCSN completely,” Bevacqua said in the memo.

NBCSN is available in 80.1 million homes, according to Nielsen's latest estimate, which is less than ESPN (83.1 million) and FS1 (80.2 million).

The channel was launched by Comcast in 1995 as the Outdoor Life Network. It was best known for carrying the Tour de France until it acquired the NHL in 2005. It changed its name to Versus in 2006 and then to NBC Sports Network six years later after Comcast bought NBC Universal in 2011.

Bevacqua said in the memo that Stanley Cup playoff games and NASCAR races would be moving to USA Network this year. USA Network, which is available in 85.6 million homes, had already been airing early-round playoff games since 2012.

“This will make USA Network an extraordinarily powerful platform in the media marketplace, and gives our sports programming a significant audience boost,” Bevacqua said. “We believe that the power of this offering is the best long-term strategy for our Sports Group, our partners, and our Company.”

The news of NBCSN shutting down also comes during a time when many of NBC Sports Group’s most valuable sports properties are coming up for renewal. This is the last season of a 10-year deal with the NHL and negotiations for the EPL rights, beginning with the 2022-23 season, are ongoing.

Many have predicted that the next rights deal with the NHL will include multiple networks with former broadcast partners ESPN and Fox Sports expected to be in the mix. NBC's current deal averages $200 million per season.

Premier League deals are usually for three years, but NBC secured a six-year package in 2015 by paying nearly $1 billion.

NASCAR, which has its races from July through November on NBC and NBCSN, has a deal through 2024.

IndyCar's contract, which includes the Indianapolis 500 on NBC, expires at the end of this year. The sanctioning body said in a statement that NBC “has always been a transparent partner, and we were aware of this upcoming strategy shift."

Tag Garson, Wasserman’s senior vice president of properties, said TNT and TBS have already proved it's possible to have a cable channel that does a good job of meshing entertainment programming with sports.

“NBC has done a great job with hockey and soccer that it would be hard for anyone to walk away from that,” he said. “How many windows can your fit sports programming into at USA? That’s where the internal discussions are going to be and understanding the right balance to have between sports and entertainment.”

NBC could also put additional events on its Peacock streaming service, which debuted last year. There are 175 Premier League games airing on Peacock this season.