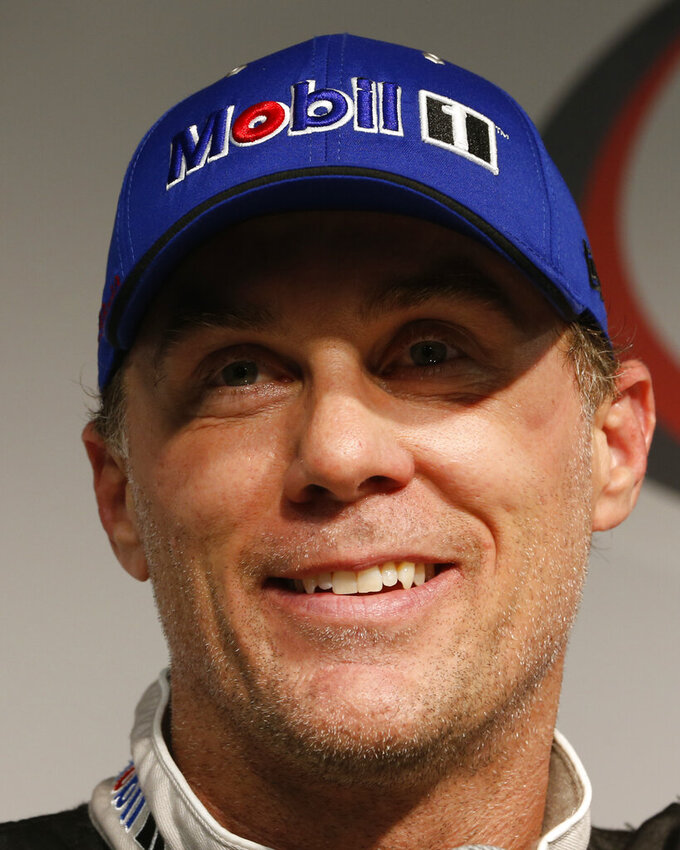 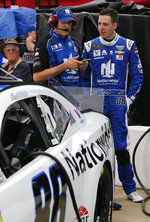 Harvick turned a fast lap at 124.298 mph Friday for the 27th pole of his career and his second this season. He's the first driver with more than one pole this season.

Erik Jones will start on the outside of the front row, with Kurt Busch and Joey Logano in the second row. The top 10 also includes Kyle Busch, who will be seeking his third consecutive victory on the track, Martin Truex Jr., Chase Elliott, Austin Dillon, Daniel Suarez and Jimmie Johnson.

"For me, all three rounds went really good and we had a good race practice," Harvick said.

A second scheduled practice was rained out.

NASCAR set each round of qualifying at just 5 minutes, leading some drivers to worry that there would be too many cars on the 0.75-mile track at once. When qualifying was over, though, that proved not to have been much of an issue, several drivers said.

Despite a solid starting spot, Logano was not a fan of the format.

"I think here it is not really a necessary thing because cars wanted to go out early and it doesn't allow teams to cool off and go back out in the same round to improve their time," he said. "I think you actually kind of lose a little bit of the drama of a car going back out and can that car knock the car that is on the bubble out."

Busch is trying to win his third straight race at Richmond.

Rains fell intermittently Friday and more is in the forecast for Saturday.

The uncertain weather took a huge toll on the crowd, which was very sparse under still overcast skies.