Hamilton wants to stay at Mercedes 'until the day I die' 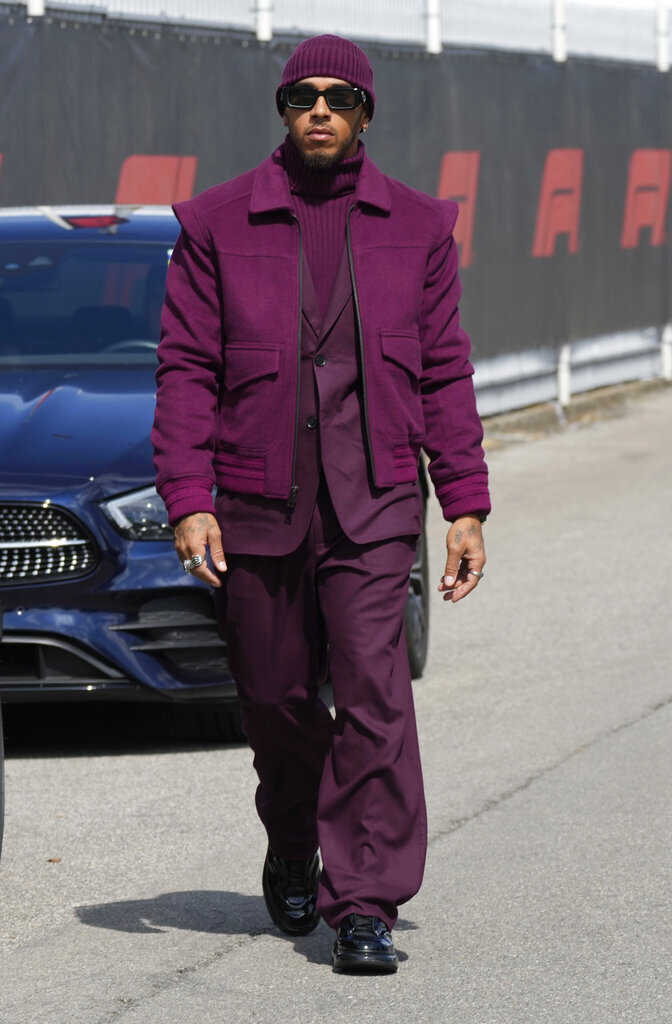 Mercedes driver Lewis Hamilton of Britain arrives at the Monza racetrack, in Monza, Italy, Thursday, Sept. 8, 2022. The Formula one race will be held on Sunday. (AP Photo/Luca Bruno) 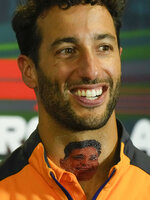 MONZA, Italy (AP) — Lewis Hamilton insists he has no plans to retire from Formula One after this disappointing season, and the seven-time world champion added he wants to stay at Mercedes “until the day I die.”

Hamilton is winless through 15 races this season and sixth in the standings. He trails reigning world champion Max Verstappen, who beat Hamilton for last year’s title in a controversial season-ending race, by 152 points heading into the Italian Grand Prix on Sunday.

The poor rollout of Mercedes’ draggy 2022 car has Hamilton in danger of the first winless season of his 16-year career.

There’s been speculation Daniel Ricciardo could move to Mercedes as a reserve driver next season, then take over for Hamilton when the Briton's contract expires at the end of 2023.

“For years we’ve be going around, up and down with stories of retirement and stopping and for me, I feel healthier than I’ve ever felt,” the 37-year-old Hamilton responded when he was asked about it while sitting next to Ricciardo at a news conference on Thursday.

“As I focus a lot on that, I’m feeling fit, I love what I’m doing and I don’t plan on stopping anytime soon."

He then turned to Ricciardo, who had been whispering to Hamilton through the 30-minute news conference, “sorry, buddy.”

Hamilton is in his 10th season with Mercedes. He moved there after six seasons with McLaren.

“I love that we have the long partnership we have. I feel like we are embarking on a lot of really positive things, not only in the sport but outside,” Hamilton continued.

“And I think there’s a lot of work to accomplish together. So I want to be a part of that, I think I’ll always be with Mercedes, until the day I die. And I feel like I can race for quite a bit longer so I’ll be potentially steering towards that.”

Hamilton was set to take a grid penalty for using a fourth power unit — one over the limit — as a result of his crash at the Belgian Grand Prix.

Ricciardo won at Monza last year to record McLaren’s first F1 victory since 2012. But he heads into this year’s race with his future uncertain after a buyout was negotiated with the Australian on the final year of his McLaren contract.

“I’m really assessing everything and I mean, in short, I don’t have anything teed up yet,” Ricciardo said. “And I think when I do I’ll be the first to tell you, there’s no reason for me to hold back any information now. It’s kind of all open and out there.

“So I’m sure over time, the right thing, whatever that ends up being, will make sense," he continued. "It’s not just about what’s right for next year, it’s what’s right for my future. It goes beyond 2023. So it’s complex, but when I know, you will.”