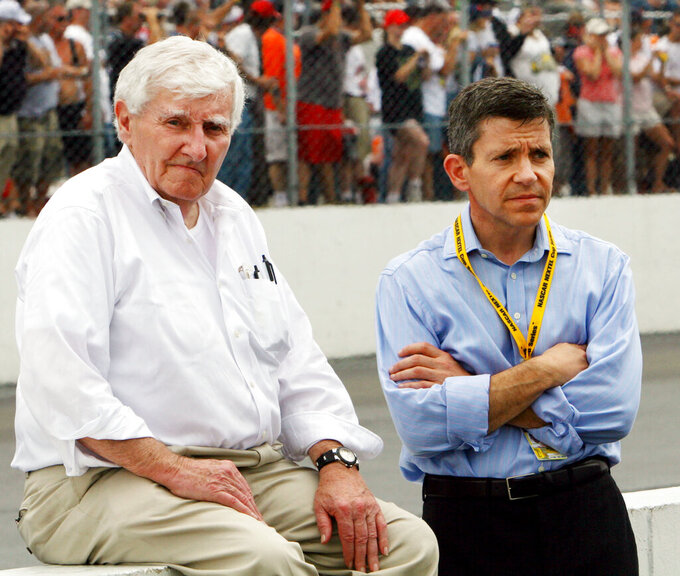 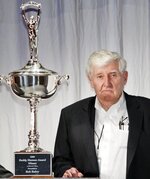 PARIS, Maine (AP) — Bob Bahre, who brought NASCAR racing to New England at the New Hampshire International Speedway, died Friday at his home in Maine. He was 93.

Bahre owned the Oxford Plains Speedway in Maine before selling it in 1987 to focus on a much ambitious project — transforming Bryar Motorsports Park in Loudon, New Hampshire, into a much larger racetrack.

“Bob left an incredible mark on auto racing through the New England region, and his love of motorsports was legendary. He had a passionate commitment to both drivers and race fans, and that commitment was evident when he built our facility in 1990,” said David McGrath, general manager of the track, now known as New Hampshire Motor Speedway.

Baher had suffered some health setbacks in recent years. He died early Friday at his home in Paris, Maine, said Nancy Cushman, president of his company, Speedway Inc., which is now a property management company.

The Connecticut native and his brother, Dick Bahre, bought the Oxford Plains Speedway in 1964 and launched the annual Oxford 250 race, which became a marquee race each summer in the region.

In New Hampshire, the racetrack was soon hosting two NASCAR races each season under his leadership. Since 2018, the number of NASCAR races has been scaled back to one each season.

Former NASCAR driver Ricky Craven, a Maine native, tweeted that he was “deeply saddened” by the loss of his “friend & mentor.”

“Bob had a tremendous positive influence on auto racing in New England & its trajectory into ⁦⁦@NASCAR. He built for the fans & worked for the sport! He had a Profound Impact on my Life… I will miss him," he tweeted.