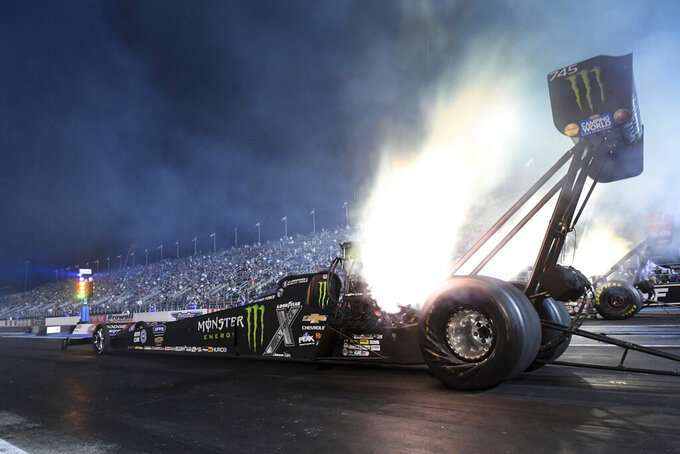 The fields for the eliminations Sunday were set from the single qualifying session Friday when the father-daughter duo of John and Brittany Force dominated.

Brittany Force is trying to qualify No. 1 for the sixth straight race and eighth time this season. Last month in Topeka, Kansas, the Forces became the first father-daughter winners on the same day in NHRA history.