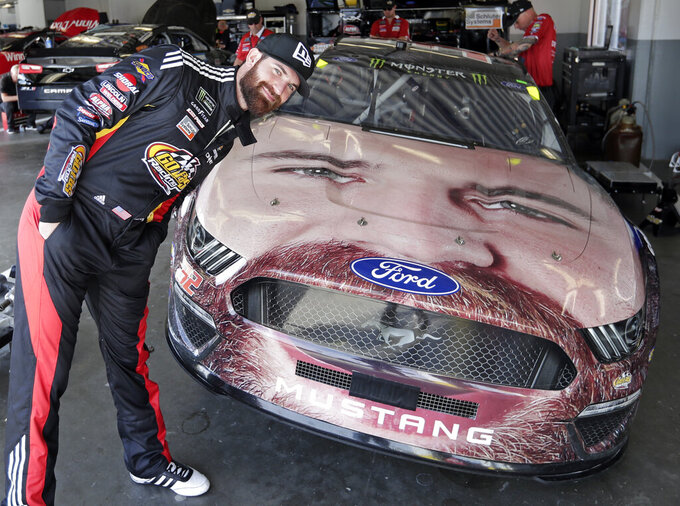 Corey LaJoie leans over the hood of his car with a likeness of him painted on the front end before a practice session for the NASCAR Daytona 500 auto race at Daytona International Speedway, Friday, Feb. 15, 2019, in Daytona Beach, Fla. (AP Photo/John Raoux)