AUTO RACING: Make it 14 winners in NASCAR, 52 for Dixon 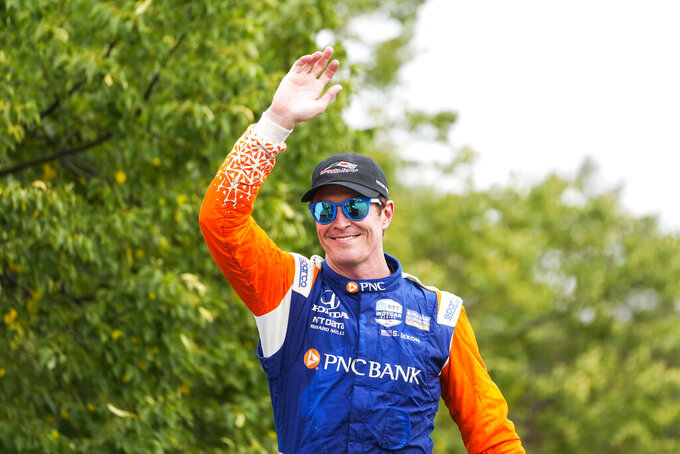 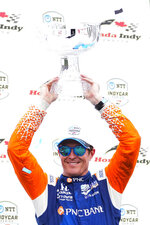 Fast facts: The 14 winners through 20 races leave open the possibility that a race winner will not make the 16-man playoff field. Ryan Blaney and Martin Truex Jr. lead the points among non-winners and Kevin Harvick would be the first man out if nothing changes in the final six races. ... Bell won three consecutive Xfinity Series races at Loudon and finished second in a Cup race there last year. ... Points leader Chase Elliott finished second, his fourth consecutive finish in the top two, and expanded his points lead to 67 over Ross Chastain and 78 over Blaney.

Last race: Justin Allgaier grabbed the lead for good with 19 laps to go at Loudon to win for the third time this season, all in the last eight races.

Fast facts: Allgaier moved into second place in the point standings, 16 behind A.J. Allmendinger, who failed to finish in the top 10 for just the third time in 18 races. Ty Gibbs is 28 behind. ... The victory was the first for Chevrolet at the track in 15 years and ended a streak of six consecutive wins there for Joe Gibbs Racing. ... Allgaier and Landon Cassill exchanged the lead five times in the final 60 laps. Cassill finished third, then was disqualified when the rear of his car was ruled too low.

Last race: Parker Kligerman held off Zane Smith in a three-lap closing duel and won the series debut at Mid-Ohio for his third career win in the series. It was the part-time driver’s first since 2017.

Fast facts: Zane Smith leads Nemechek and Chandler Smith by 58 points each in the standings. ... Zane Smith also leads with three victories, nine top-five finishes, 13 top-10 finishes and 347 laps led. ... Chandler Smith, sixth-place Ty Majeski and 18th-place Timmy Hill are the only drivers that have been running at the finish of all 15 races. ... This is the series final race of the regular season.

Last race: Charles LeClerc outran Verstappen, the points leader and defending series champion, in Austria for his third victory of the season.

Fast facts: Dixon, a six-time series champion, won his first race more than 21 years earlier and has won at least once in every season since 2004. He's now 15 wins behind A.J. Foyt, the career leader with 67. ... Foyt is also the career leader with seven championships. ... Marcus Ericsson finished fifth and expanded his points lead to 35 over Will Power and 37 over defending series champion Alex Palou. Josef Newgarden and Dixon are 44 points back.