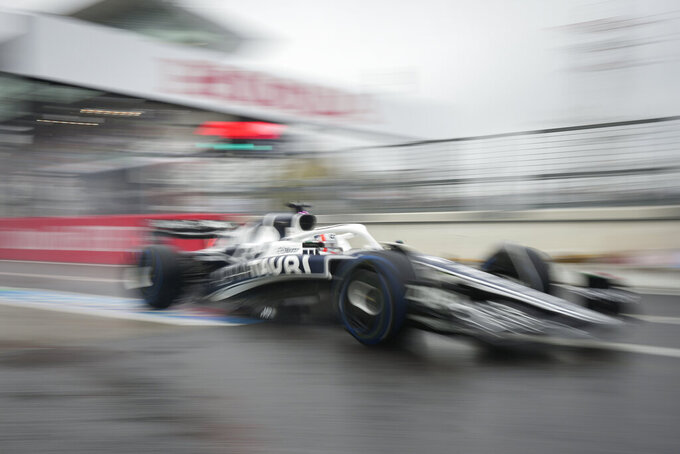 SUZUKA, Japan (AP) — Pierre Gasly has been released by Red Bull and freed to end his contract with the junior team, AlphaTauri, and will move to Alpine next season in Formula One.

Gasly will join Esteban Ocon — a childhood friend — and give Alpine an all-French driver lineup for 2023.

“I'm extremely excited about the new chapter in my life,” Gasly said in a statement.

“The three things we wanted was naturally: speed, a fast driver — one with experience and also youth at the same time. Adding all three things up, there aren't many people that have all that. And Pierre does.”

Ocon answered with a tweet: “We were just two little kids from Normandy with an impossible dream. Welcome to the Alpine family, Pierrot.”

Szafnauer is confident the Ocon-Gasly partnership will be a success.

“They’ve known each other for a very long time, and they’ve raced together," Szafnauer said. They’re about equally experienced, they’re both fast, both ambitious. I think they’ll work well together.”

Alpine is a brand of the French car maker Renault. The news came in the early hours in France with many in the country awakening to the move.

Gasly has been a development driver for Red Bull. But Red Bull did not allow him to drive Red Bull's main car — manned by Max Verstappen and Sergio Perez — which meant he felt he was held as a kind of “hostage" with the organization.

The changes announced Saturday at the Japanese Grand Prix in Suzuka are a continuation of free agency in Formula One triggered when Fernando Alonso announced a move from Alpine to Aston Martin.

Aston Martin has not been competitive this season.

The opening at AlphaTauri will be filled by Nyck de Vries. The 27-year-old Dutch driver has only a single F1 race under his belt. He drove as a stand-in for Alex Albon of Williams at this year's Italian Grand Prix.

He finished in ninth place, a surprise. Some may see him as an eventual teammate of Verstappen on the main Red Bull team.

“I'm extremely excited to join Scuderia AlphaTauri for 2023," de Vries said. “And I want to thank both Red Bull and the team for giving me the opportunity to drive in F1.”