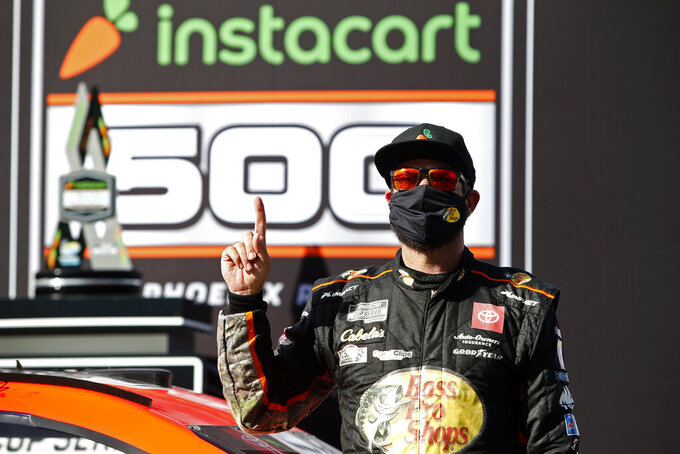 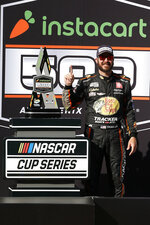 Last race: Martin Truex Jr. took the lead on a restart with 25 laps to go and won at Phoenix Raceway.

Fast facts: Denny Hamlin continues to lead the point standings and has finished in the top five in four of five races. Team Penske teammates Brad Keselowski and Joey Logano are second and third. ... Truex and Kyle Larson round out the top five and are two of the five different winners in the series so far. ... Kurt Busch is 10th in points but has led just two laps.

Last year: A.J. Allmendinger won after starting 30th, the deepest starting spot in the field of any race winner in the series last year.

Fast facts: Cindric, the defending series champion, has finished in the top five in all five races this season. He leads the points race followed by Daniel Hemrick, Jeb Burton, Allmendinger and Harrison Burton. ... Gibbs is 15th in points despite having raced just twice. He won his first career start on the road course at Daytona.

Fast facts: Nemechek's victory moved him past Ben Rhodes and into the series points lead after three races. Rhodes won the first two events of the season. ... Nemechek has led 122 laps through three races. Defending series champion Sheldon Creed is next with 25. ... Nemechek and Rhodes are the only drivers with three top 10 finishes. ... 55 different drivers have already participated in the series this year.