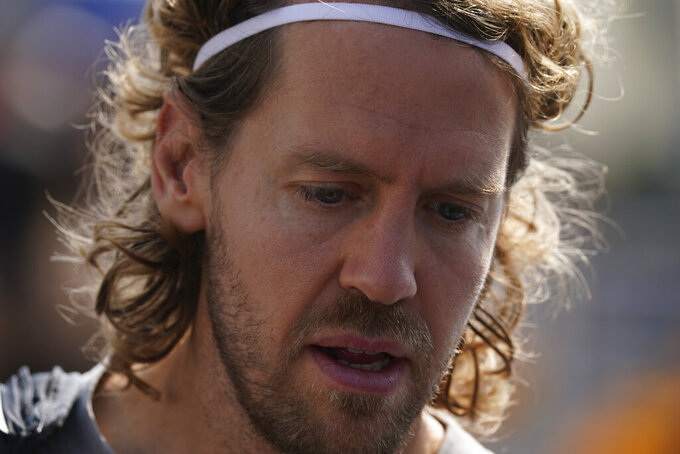 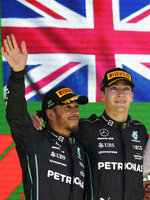 Formula One returns to the scene of one of its most embarrassing championship deciders in history with little on the line one year later.

The driver championship and constructors title have long been won by Red Bull, which heads into Sunday's season finale in Abu Dhabi with 16 wins through 21 races. Despite the decisiveness of the season, the finale is still packed with juicy subplots that have fueled F1’s recent American explosion in popularity.

Max Verstappen won a second consecutive title four races ago, and his 14 wins this season are an F1 record. Red Bull wrapped up the constructors championship three races ago, and the last major thing up for grabs is second place in the driver standings, a fight that has come down to Red Bull's Sergio Perez and Charles Leclerc of Ferrari.

There's plenty of drama in that fight after Verstappen refused to let Perez finish in sixth place last week in Brazil. The snub — Verstappen apparently has lingering animosity toward Perez for crashing at the end of qualifying at Monaco and then winning the May race — cost Perez two points in the standings, and he and Leclerc head into the weekend tied for second. Red Bull in team history has never gone 1-2 in the standings.

Verstappen's refusal to adhere to a team order is certainly scintillating, but it doesn't raise Sunday's race to the level of last season, when Verstappen and Lewis Hamilton arrived at Abu Dhabi tied in the championship race in one of the most thrilling F1 title fights in history.

Hamilton had won three straight to position himself for a record eighth title and led 51 of the 58 laps at Abu Dhabi. Then a late caution led to a series of rulings by the since-fired race director that not only altered F1 protocol but allowed Verstappen to pass Hamilton on the final lap for the win and his first world championship.

There's been no indication Sunday will be as chaotic, and Verstappen has said that if he's in position to help Perez finish second in the standings, he will.

So what else is on the line in Abu Dhabi?

Four-time F1 champion Sebastian Vettel will make his 299th and final start come Sunday, when the German plans to retire after the race.

Vettel won four consecutive drivers’ championships from 2010 through 2013. Only Lewis Hamilton, Michael Schumacher and Juan Manuel Fangio have more F1 titles. The 35-year-old has a resume that includes 53 victories, 57 poles and 69 podiums over 16 seasons.

He is calling it quits after two seasons with Aston Martin in which he had to adjust to not racing for wins.

“I’ve loved working with the team, getting to know different people and different approaches,” Vettel said. “These two years have been very challenging because I wasn’t familiar with running at the back of the field. It has been a new experience, tough at times.”

MERCEDES IN THE MIX

Mercedes has spent the entire season dealing with an ill-performing car but has seemingly turned the corner over the last month and scored its first win of the season last week with George Russell.

Russell, in his first season with Mercedes, became the 20th British driver to win a Grand Prix and the first to have “God Save the King” played at the podium celebration.

Hamilton, though, is in danger of going winless for the first time in his 16-year F1 career. He has strung together three consecutive runner-up finishes, and the 1-2 in Brazil was the first for Mercedes since 2020 at Imola when Hamilton beat former teammate Valtteri Bottas.

Hamilton is committed to helping Mercedes get back to winning regularly and has opened talks on a multiyear contract extension that will keep him in F1 into his 40s. Hamilton turns 38 in January.

There will be a flurry of driver changes after Sunday, which could be the final F1 race for Daniel Ricciardo.

The Australian was bought out of the last year on his contract with McLaren and was reluctant to enter conversations with backmarker teams. He has ruled out a move to the United States to dabble in either IndyCar — Ricciardo says absolutely not to racing on ovals — or road course races in NASCAR.

Instead, he's hoping to land a reserve driver role with a top team and work his way back onto the F1 grid in 2023.

Nicholas Latifi has lost his seat at Williams and the Canadian has said he's interested in IndyCar but will sit out next season if the right ride doesn't come along. He's set to be replaced by American driver Logan Sargeant next season if Sargeant successfully earns his Super License this weekend.

Fernando Alonso is leaving Alpine to replace Vettel at Aston Martin, and Pierre Gasly will drive his final race for AlphaTauri before taking Alonso's seat at Alpine.