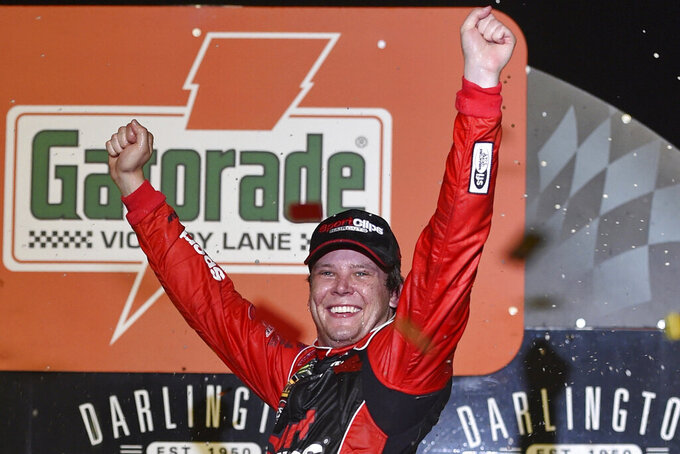 Jones raced his rookie season in 2017 on a one-year loaner contract to Gibbs' sister team, the now-defunct Furniture Row Racing. He was pushed this year by JGR developmental driver Christopher Bell but the extension will keep Jones in the No. 20 Toyota for another season.

Jones says he's looking forward to more of "the success that we have built over the last two years in the Cup Series."