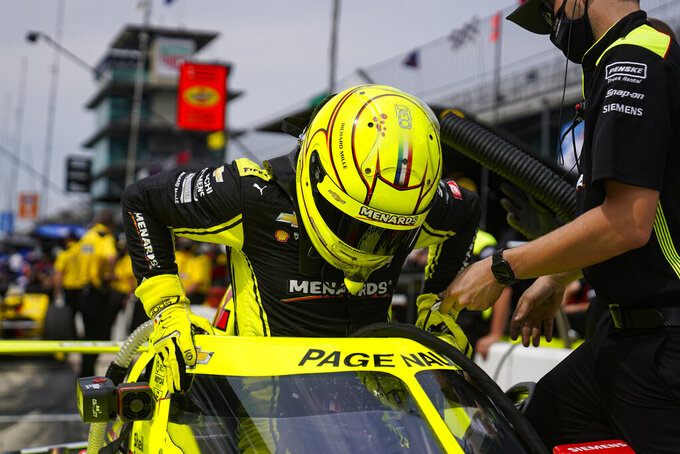 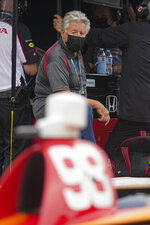 INDIANAPOLIS (AP) — The kids were at last quieted when Indianapolis Motor Speedway opened for practice. Experience mattered once again, and a trio of former Indianapolis 500 winners led the way.

Will Power ran 226.470 miles per hour Tuesday in a Chevrolet for Team Penske, followed next by Ryan Hunter-Reay and Takuma Sato. The trio has combined to win four of the last seven runnings of “The Greatest Spectacle in Racing,” and two-time winner Sato is the defending champ.

The changing of the guard in the IndyCar Series is happening at breakneck speed with three first-time race winners this season and four winners aged 24 or younger.

And there's only been five races. Dixon, the six-time series champion, is the only veteran with a win so far, and the youth movement is so hot that Colton Herta earned a two-year contract extension last week because Andretti Autosport worried another team would poach the 21-year-old phenom.

“How many young guys have won the 500 the last few years?” Montoya asked. “I think that answers the question. I mean, do they have a shot? For sure, no question.”

Alexander Rossi was a 24-year-old rookie when he won in 2016 but brought an extensive racing background to his first Indy 500.

Next up on the calendar is the 105th running of the Indy 500, the race when the veterans can reclaim their spot in the pecking order and show the fearless young drivers a thing or too about speed.

“I think there’s obviously a lot of talent in the field and a lot of new talent coming up and deserving race winners, but I think this place definitely pays tribute to the veterans that have experience,” Hunter-Reay said.

Preparation for the 500 is a mental battle learned only through experience. Tuesday's session was run in cloud cover and mild 70 degree temperatures, an anomaly because beginning Wednesday it's scheduled to start getting warmer and warmer — all the way until Sunday when it calls for a high of 90 degrees when the pole is decided.

The track changes with the weather and the cars drive different each day. There's pressure to not only make the 33-car field — there are 35 entries, so two drivers won't qualify — but earning a starting spot on the first three rows is critical because last year's race showed that passing is a challenge with the current Indy car and its heavier cockpit-protecting aeroscreen.

A driver has to balance all the variables for nearly two weeks and Tuesday was simply the opening salvo.

There was a strong first strike from Hunter-Reay, an Indy 500 winner and past series champion who is off to a terrible start to the season. His Andretti Autosport team was wrecked on the opening lap of the season-opening race and things haven't gotten much better for him.

Hunter-Reay arrived at Indy with only one top-10 finish in five races this year. He's also 40 years old in a series quickly being taken over by drivers half his age.

Rinus Veekay won the road course race Saturday at Indy that kicked off the month of racing at the speedway. The 20-year-old Dutchman was 16th on the speed chart, but also crashed at Indy during testing last month.

“It’s Indy. Everybody feels that sense of pressure, but you just take it day by day,” Hunter-Reay said. “That’s another thing experience does for you. Your head doesn’t get spun out of control anymore, at least when you’ve won here.”