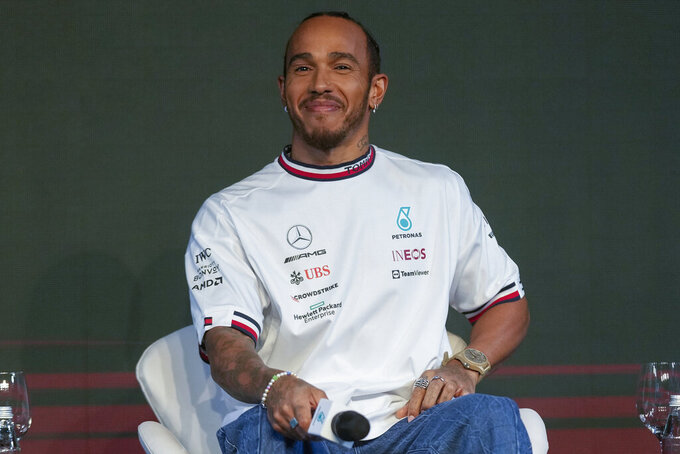 Vettel, a four-time F1 champion with Red Bull, is retiring after this season following two unsuccessful years with Aston Martin.

Since then, the two have grown closer, in part because Hamilton considers the 35-year-old German an ally when it comes to fighting racism and other social causes. Hamilton, the only Black driver in F1, started taking the knee before every race in 2020 and was joined by Vettel and several other drivers.

“It has been an unexpected relationship and friendship. It is so difficult when you are so competitive and you are both fighting for something you are passionate about," Hamilton said in Sao Paulo ahead of the Brazilian Grand Prix, the penultimate race of the season.

”Out of all the drivers that I've raced with, Seb was the first one to stand by me and take the knee with me. He is the first one to go out of his way to fight for things he cares about,” Hamilton added. “I don't believe I've seen any driver in the history of the sport do what he and I have been doing in terms of utilizing the platform, being outspoken and taking that risk. I really see him as an ally.”

The 37-year-old Hamilton also said he and Vettel will remain competitive until “we are really old.”

Hamilton did not discuss when he plans to retire, but said he will “always be a part of this sport.” He has struggled in his Mercedes this season, and has yet to win a race. He’s fifth in the championship with two races to go, while Vettel is in 11th place.

Max Verstappen of Red Bull has already won the championship.