Foyt doing his part to bring fans back to Indianapolis 500 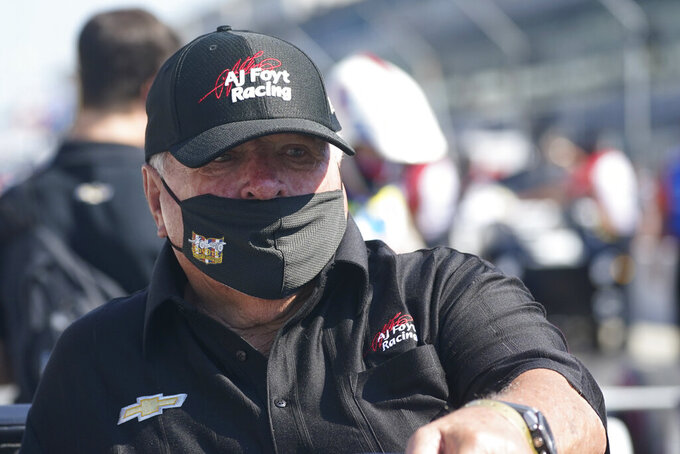 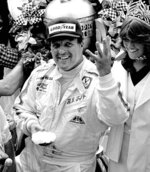 INDIANAPOLIS (AP) — A.J. Foyt climbs into his golf cart and speeds from his motorhome to the same garage stall he has called home every May for decades.

Only now, it is August and Indianapolis Motor Speedway looks virtually unrecognizable to one of the sport's greatest drivers.

The number of yellow-shirted safety patrol team members who normally clear paths for Foyt's short trip has been trimmed to a handful. The throngs of fans clogging the entrance to Gasoline Alley for an autograph, a photo or a mere glance of Indy's first four-time winner are missing. The seemingly indestructible 85-year-old tough guy is reluctantly wearing a mask.

Sure, it's the Indianapolis 500 but someone who reveres this race as much as Foyt knows it's not the same amid the pandemic.

“Well, I miss all my fans," Foyt told The Associated Press. “It’s kind of lonely out here by yourself. I never thought I'd see something like this but the whole world has changed so much you don’t know what you’re going to see or what to believe any more. It’s spooky in a way."

The missing fans and easy traffic around the historic 2.5-mile oval have Foyt and racing fans longing for the good old days, when people packed the track.

Then again, Foyt didn't become a fan favorite by being soft. He did it with an feisty driving style, an insatiable desire to win and a Houdini-like ability to escape death.

The list sounds like an implausible Hollywood script cast, starting with the January 1950 boating accident Foyt survived by clinging to a buoy for nearly eight hours. a friend on the boat drowned.

On the track, the scares mounted through the years.

— In January 1965, Foyt's brakes failed, sending him over an embankment in Riverside, California. After he was pronounced dead, Parnelli Jones, the 1963 Indy winner, pulled Foyt out of his crashed car, cleared the dirt out of his mouth and saved his life.

— In June 1966, fearful his burning car would explode in Milwaukee, Foyt climbed out by putting his golf glove-covered hands directly into the fire. He suffered second- and third-degree burns on his hands, feet and face.

— In 1969 at Du Quoin, Illinois, Foyt was attacked by a lion on the infield. Bruised and scratched, Foyt simply changed driver's suits and raced later that day.

— In May 1972, also at Du Quoin, Foyt's car caught fire during a pit stop and when Foyt jumped out, the car ran over him.

— In September 1990, a broken brake pedal at Road America's first turn sent him careering over a gravel catch pit, down a hill and into a dirt embankment where he barely avoided hitting a large rock. It took rescue workers 30 minutes to free Foyt, and he needed surgery to save his left leg.

The harrowing ordeals continued into retirement.

Foyt survived two different rounds with Africanized killer bees at his Texas ranch, three heart surgeries, three staph infections and another near-drowning when his bulldozer overturned near a pond. His right knee has been replaced twice and the left knee once. He's had back surgery twice and a hip replacement.

The most serious issue came in November 2014 when Foyt developed complications from triple bypass surgery. At one point, the outlook was so bleak, Foyt’s longtime wife, Lucy, told the doctors she would respect her husband’s wishes to not use extraordinary measures to keep him alive.

When he woke up, Foyt insisted he was in his adopted hometown of Indianapolis.

It was enough to entice a local Indianapolis reporter to print sweatshirts two years ago that read: Foyt 83, Grim Reaper 0.

“You don’t know what’s going to kill you,” Foyt said. “When the man upstairs calls you, you’re gone. It doesn’t matter how rich you are or how famous you are, you’re gone. That’s how I’ve always lived my life.”

Foyt has hesitantly taken some precautions. He's encased all of the tractors on his ranch with cages to keep out the bees and he's skipping the Kentucky Derby to avoid the large gathering. And though he's no fan of masks, he's here for Sunday's race, doing his part to help the 500 and his beloved speedway return to its old ways as soon as possible.