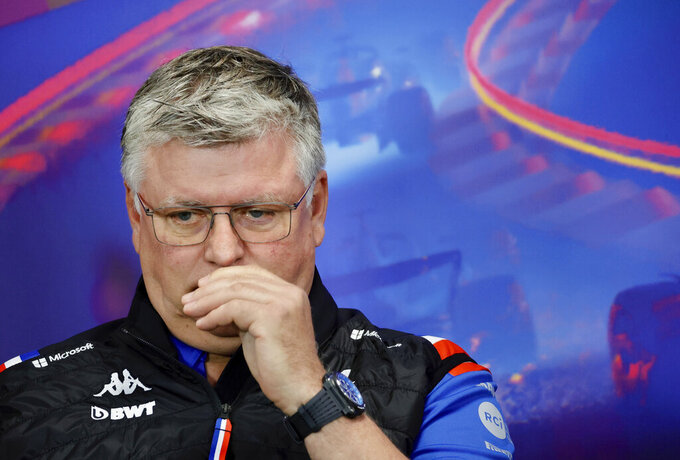 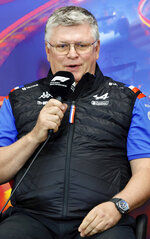 Alpine team principal Otmar Szafnauer remains confident that Oscar Piastri will drive for his team next season when the matter is decided by a Formula One board.

Alpine is in dispute with its reserve driver Piastri, who said he doesn't want promotion to the Alpine seat vacated by Fernando Alonso. Piastri has been linked to the vacant McLaren slot for 2023. The matter will go before F1's Contract Recognition Board (CRB) next week.

“What we’re doing to retain him is going to the CRB on Monday and we’ll have the CRB decide which contract that Oscar signed takes precedence. Once we have that ruling we’ll look forward and see how we go,” Szafnauer said Saturday. “I’ve seen both sides of the argument and we’re confident that Oscar signed with us back in November. There are certain things that need to be in the contract and I’m confident they are there.”

The domino effect started at the Hungarian Grand Prix in late July.

First, four-time F1 champion Sebastian Vettel announced he was retiring at the end of 2022, leaving his Aston Martin seat open. Then, the day after that race, Alonso stunned Alpine by announcing he was joining Aston Martin next year.

Alpine had offered the 41-year-old Alonso a one-year deal with an option for another year, but he accepted Aston Martin's longer offer.

Then, Alpine said late the next day it was promoting Piastri into Alonso’s seat only for the 21-year-old Piastri to flatly refuse it on Twitter.

“I understand that, without my agreement, Alpine F1 have put out a press release late this afternoon that I am driving for them next year,” Piastri tweeted at the time. “This is wrong and I have not signed a contract with Alpine for 2023. I will not be driving for Alpine next year.”

That's not how Szafnauer sees it.

“His promise to us was to race with us if we put him in our car, so that’s what we’re pursuing," Szafnauer said. "Going to the CRB is the logical next step when you believe you have a valid contract with the driver and he signed something else.”

If Piastri wins, though, Alpine will need to replace him: possibly with Daniel Ricciardo, who is splitting with McLaren at the end of this year.

But Szafnauer believes history could be on his side.

“This has happened in the past. I just happened to be there when it happened to Jenson Button, when he signed for Williams but BAR Honda rightfully took up their option on Jenson," he said. "Jenson really wanted to go to Williams, BAR Honda won at the CRB and then had a great relationship with Jenson culminating in a world championship (in 2009).”

Szafnauer said Piastri — whose contract is through 2024 with an option at the end of ’23 — seemed happy when he was told he'd replace Alsonso.

“"He happened to be in the simulator and I went and found him and he smiled and was thankful," Szafnauer said. "So we made the (press) release really quickly.”

Alonso was a free agent when the move happened, meaning the two-time F1 champion was free to talk with Aston Martin and other teams.

“There was paddock rumor on Sunday that it could happen, so not that big of a surprise. The surprising bit was that we went a long way with Fernando in our negotiations with him,” Szafnauer said. “We got to the final hurdle and Fernando indicated that he was ready to sign. The only surprising bit was that it was announced Monday morning, when Sunday night he indicated there was no need to rush.”

Although Szafnauer insists he does not not feel let down by Alonso, he had thought he would stay.

“When I left Fernando on Sunday, he told me ‘Look, don’t worry we've got time. I'm going to be on my boat in Greece over the holiday.' He invited me for a coffee. He said, ‘If you’re in Greece come to my boat,'" Szafnauer said. “We put in front of him a contract we'd be happy with ... Although he wanted a longer deal, he intimated to me that 1+1 was fine.”

McLaren team principal Andreas Seidl, who sat alongside Szafnauer at a news conference on Saturday, remains tight-lipped about who will replace Ricciardo.

“I don’t want to comment on any driver names or scenarios," he said. “It’s something we will address from next week onwards.”

Seidl's relationship with Ricciardo remains strong enough for them to share beer and a dinner, he said, adding that he felt sad for the Australian driver. Ricciardo won the Italian GP last September for his eighth F1 win but has largely been outperformed by Lando Norris this season and last.

“It wasn't a secret that despite all the effort on Daniel's side and our side, despite the huge commitment levels on both sides, we simply didn't manage to achieve the results we all had in mind,” Seidl said. “It didn't change anything in terms of the respect for Daniel, in terms of (the) driver he is. But at the same time it was important to have clarity now making our plans for next year.”