Wickens aims for another victory racing at home in Canada 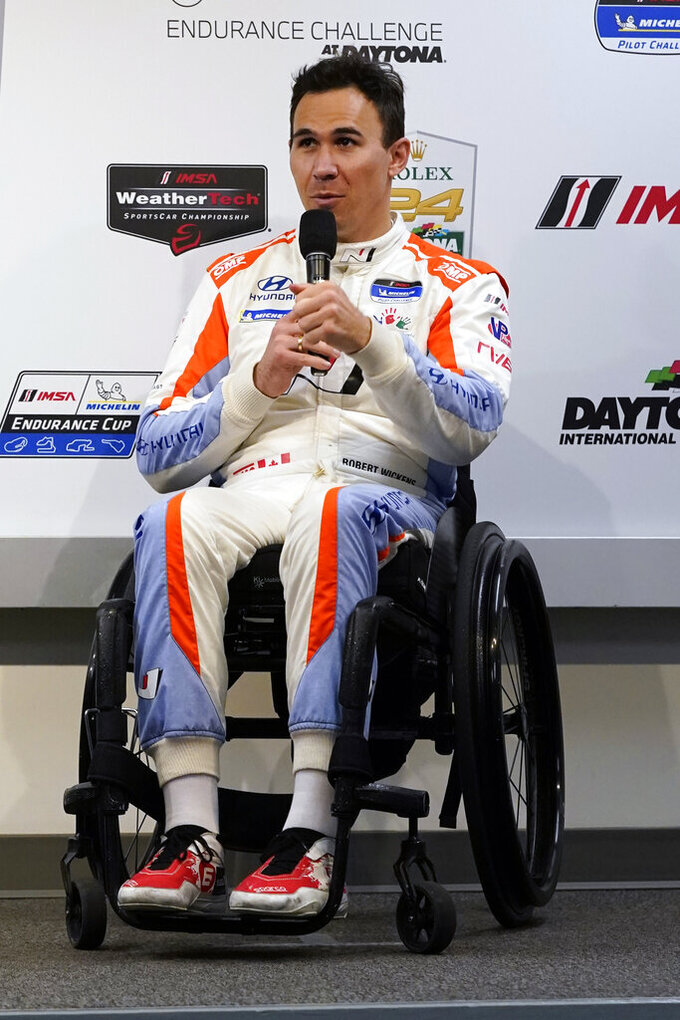 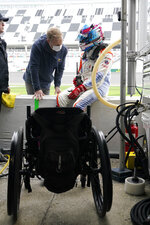 In England, former IndyCar driver Sam Schmidt completed the hill climb at the Goodwood Festival of Speed in a special McLaren 720S Spider. The car was modified by Arrow Electronics, primary sponsor of the Arrow McLaren SP IndyCar team, so that Schmidt, a quadriplegic since a 2000 crash, could use a straw-like “sip and puff” device to accelerate and brake.

Also at Goodwood, motorcycle racer Wayne Rainey rode the same bike he used while winning his final championship in 1992. Rainey was paralyzed from the chest down in a 1993 crash, and the modifications to his motorcycle include pseudo training wheels that allow him to ride using only his hands.

“It was a great weekend for disability awareness,” Wickens said.

Schmidt and Rainey have been part of previous projects modifying vehicles they can pilot. Wickens' situation is completely different in that he has returned to competition this year after thinking his career was over following his airborne IndyCar crash at Pocono nearly four years ago.

He drives a Hyundai Elantra N-TCR for Bryan Herta Autosport in the IMSA Michelin Pilot Challenge that has been fitted with hand controls. He shares the car with co-driver Mark Wilkins, a fellow Canadian who closed out Saturday's victory at Watkins Glen.

The duo debuted in January with a podium finish at the Rolex 24 at Daytona.

“It’s like riding a bike, but it’s a very different bike, I guess is the best way to describe it,” Wickens said of racing with hand controls. "Racing has been my life since I was 7 years old. It’s something I worked very hard to get to the level I was at when I was racing in IndyCar in 2018.

"And after the accident, I just knew I had to work harder to try get back to that. I didn’t know what it would look like for me. I didn’t know if I could return straight into IndyCar or if I would have to start off in go-karts, like you do as a kid. The whole recovery just was a bit of an unknown.”

Because he needs to be physically carried out of the car during driver changes, he has not been behind the wheel yet to cross the finish line and close out a race. Herta told The Associated Press that could change, as early as Saturday when Wickens races at Canadian Tire Motorsport Park.

Herta said it's faster for Wickens to start a race because removing him from the car is more efficient than carrying him over the pit wall and getting him into the seat during the driver change.

“Robbie will close races this year, he can do it,” Herta said. “He might even do it this weekend.”

Wickens is simply thrilled to be racing again and, at 33, enjoying one of the greatest times of his life. Herta and Hyundai have him racing again, and Wickens and his wife, Karli, are expecting their first child in the next two weeks.

He is racing in Canada for the first time since 2018, when he finished third on the downtown streets of Toronto. He suffered his spinal cord injury two races later.

“It just feels great. I’ve always been my happiest when I’m behind the wheel of a race car," he said. "It doesn’t matter if it’s a stressful race with a lot of PR and a lot of press around it. The second you put your helmet on and close that door, it’s just peace for me and I can finally just get into the zone and get into the race and it’s been my happy place for most of my life.

"Life’s great, it almost feels like you’re living in a dream sometimes.”