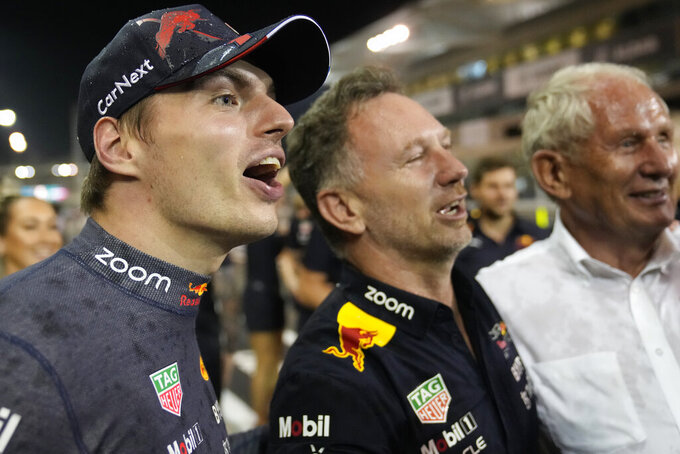 LONDON (AP) — Formula One champion Max Verstappen will have a home race until at least 2025 after the Dutch Grand Prix agreed to a two-year contract extension.

The Dutch Grand Prix returned to the calendar in 2021 at the seaside Zandvoort circuit for the first time since 1985 and has attracted packed crowds to cheer Red Bull driver Verstappen, who has won both races.

“The Dutch Grand Prix has quickly established itself on the calendar as a fan favorite, bringing incredible energy and a great fan experience,” F1 president and chief executive Stefano Domenicali said in a statement on Thursday. "The sold-out events in the last two years have raised the bar in terms of organization, entertainment, and sustainability, and we are delighted to extend our relationship with them.”

A second Dutch driver will be on the F1 grid next season after Nyck de Vries signed for AlphaTauri in 2023. De Vries raced the Italian Grand Prix for Williams this year, placing ninth as a stand-in after regular driver Alex Albon was ruled out with appendicitis.