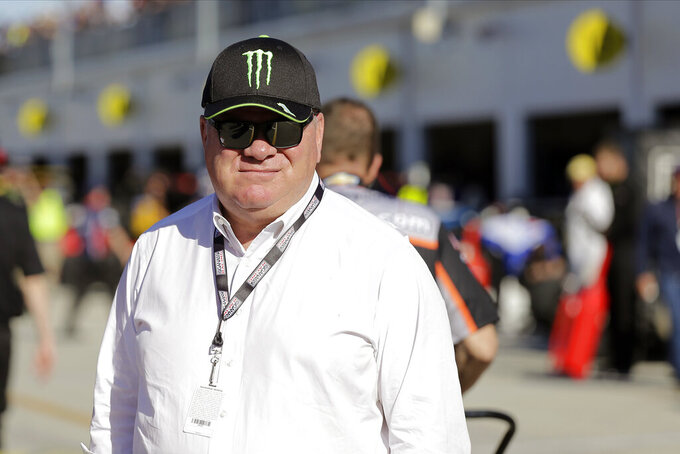 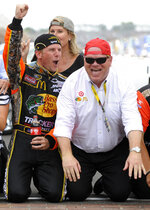 “And we did it over 20 years, so you know a lot of these people well and you see them grow and their families grow and their kids grow, and I'm very happy with what we did and what my legacy will be in NASCAR.”

“I think when you stack up wins per dollar, I think we look really good,” Ganassi said.

The 63-year-old Ganassi is not a NASCAR lifer. A former racer who remains true to his Pittsburgh roots, Ganassi's career was in IndyCar until he bought into Felix Sabates' existing team ahead of the 2001 season. The new Chip Ganassi Racing program debuted on the day Dale Earnhardt died. Ganassi driver Sterling Marlin was involved in Earnhardt's fatal crash.

The year went on and Marlin needed only 23 races to appease a boss known for his “I like winners” slogan. A second victory six weeks later set up a possible run for the 2002 championship

Marlin opened Ganassi's second season with two wins in the first five races. He topped the standings for 25 consecutive weeks, but his title hopes ended when he broke a bone in his neck in a crash at Kansas with seven races remaining.

It was the closest Ganassi came in 20 years to winning a Cup championship.

Ganassi gambled when he brought Juan Pablo Montoya back from Formula One to race in NASCAR, and again when he signed Dario Franchitti away from Michael Andretti. Not to drive one of Ganassi's all-star Indy cars, though: Ganassi signed Franchitti to join Montoya in stock cars.

Franchitti's 2008 rookie season lasted only 10 races before he was injured in a crash at Talladega. Ganassi was already feeling the effects of the upcoming financial crisis late that 2008 spring and sponsorship was tight; Franchitti's team was closed.

“We had a couple of major speedbumps along the way didn't help our business and the model we had worked for a long time," Ganassi said. “You know, my business relies solely on sponsorship.”

Ganassi doesn't own car dealerships, doesn't run a global transportation business, doesn't even make engines to sell to other race teams. The Ganassi engines in NASCAR come from Hendrick.

So if he doesn't have a sponsor, Ganassi has to pay out of pocket. And his income derived from racing. It's one long cycle like that in motorsports, a daily hustle of trying to find some more funding.

DC Solar made a big showing at Phoenix in 2018 when it introduced itself as a major Ganassi sponsor for the next season. Less than two months later, founder Jeff Carpoff was raided by the the FBI and DC Solar was accused of being a $1 billion Ponzi scheme.

Ganassi says the DC Solar con nearly killed his organization. He called the Xfinity Series team he shuttered “a champion team” and he laid off around 30 employees.

Ganassi told AP he has received notice he is being sued by a trustee attempting to collect Carpoff's debts. It infuriated him.

“I'm owed money, and I'm getting sued?” said Ganassi. “The guy almost put me out of business. I'm the one who had to lay off all these people. I'm the guy who had to eat the losses and make up that $8 million.”

There is no single reason Ganassi is leaving NASCAR and he is certainly not leaving racing. Alex Palou's championship in September in his first season of IndyCar with Ganassi was Ganassi's 14th in American open wheel racing. Six of the sport's legends have won titles for Ganassi.

Alex Zanardi, Montoya, Franchitti and Scott Dixon are all Ganassi champions, and this years marks the 25th anniversary of the Jimmy Vasser title that launched a Ganassi dynasty. Ganassi will have four IndyCar teams next season, and he told AP he will run a fifth in the Indianapolis 500 for Jimmie Johnson.

It would take a significant financial guarantee. The sleepless nights, the debt, losing Larson, the DC financial mess — it just got tiring.

“I hate to see Chip leaving NASCAR,” fellow team owner Rick Hendrick said. “He's one of the very best. He builds an unbelievable team. We'll miss him, but I'll be watching him in the Indy cars and we're going to watch him win. He's a good friend and I admire his racer mentality.”

But for now, the NASCAR chapter has ended for Ganassi.