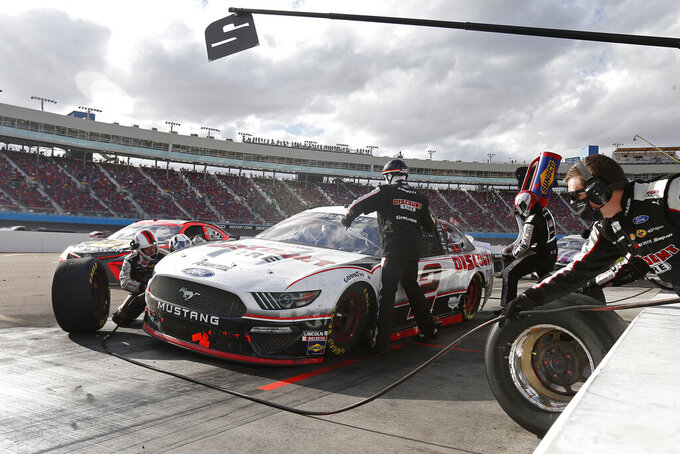 Dropped from the pole to the back of the field after his No. 9 Hendrick Motorsports Chevrolet failed pre-race inspection, Elliott easily caught up and won the season-ending race for his first NASCAR Cup title.

Elliott passed Logano for the lead with 42 laps left and pulled away on the long green-flag run to the finish. Hamlin, Logano and Keselowski never got the caution flag they needed to catch up, with Keselowski finishing second, Logano third and Hamlin fourth.

“I would have liked to have one of those late-race yellows like we saw in the Truck race and the Xfinity race,” Keselowski said.

Hamlin won the season-opening Daytona 500 and had seven victories this year — two behind leader Kevin Harvick. He couldn’t take advantage of Harvick’s absence from the final four and Elliott’s penalty.

“As an organization we have got to get a little better, especially on the short tracks,” Hamlin said. "It seems like we were a little bit off all year, and that was all it had, that’s for sure. I was pushing for everything I had.”

Keselowski missed a chance for his second title.

“I thought we were pretty good there and just didn’t have the track position to make it show,” the 2012 champion said.

“I just didn’t have the speed at the right time,” Logano said. “I just needed to go a little faster there at the end.”