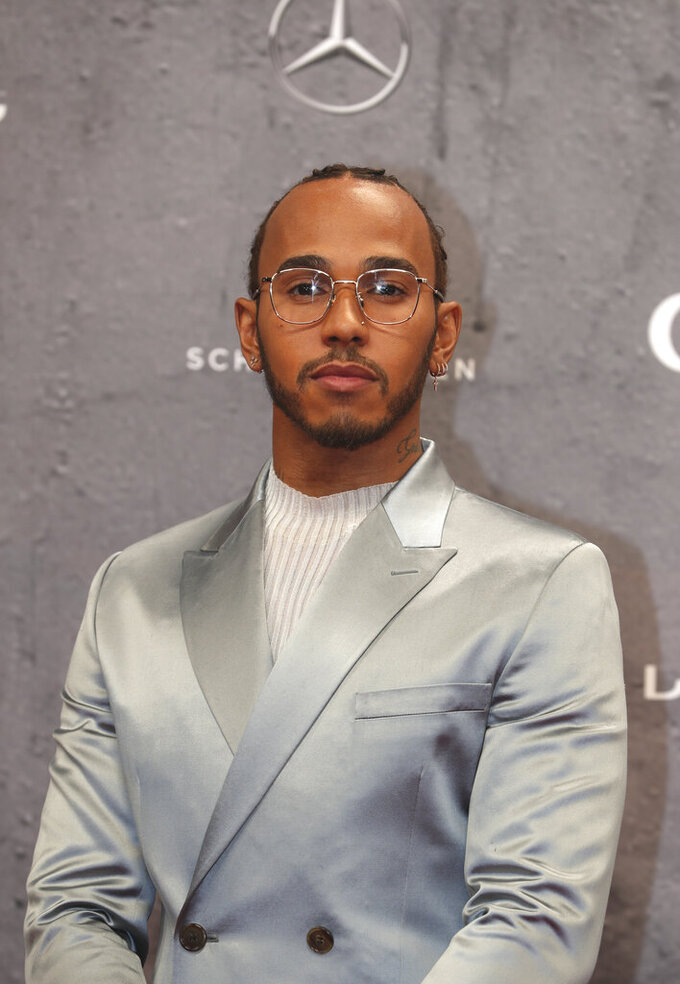 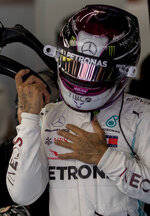 LONDON (AP) — Lewis Hamilton's delay in committing his future to Mercedes is perplexing to former Formula One champion Jenson Button.

Hamilton, the reigning F1 champion, has yet to decide where he's racing after this season despite being a favorite to clinch his seventh title this season and equal the record held by Michael Schumacher.

But according to Button, a former teammate to Hamilton, there shouldn't be much to think about and the contract talks are becoming a needless distraction.

“It's just talked up more than it should be because they're both in a great situation,” Button said in an interview with The Associated Press. "It should be the easiest contract to talk about because (of what) they've both achieved. So just make it happen ... and we can focus on the actual racing.”

Mercedes has collected the last six constructors' titles, with Hamilton winning the drivers' trophy in five of those seasons. The exception was 2016 when teammate Nico Rosberg was victorious before immediately retiring.

As a fellow Briton, Button is rooting for Hamilton get that seventh title — but he's also hoping to see more of a challenge from the other teams.

“The whole of the U.K. hopes that (Hamilton) does achieve that (record), but I think everyone hopes that it's not just to walk in the park,” Button said. “You can't just give it to Lewis. We need Ferrari, we need Red Bull to challenge him. One, because it's a sport. We want to see excitement, we want to see challenge, and we want to get people interested in this sport that maybe haven't been interested in the past."

“We all love watching an in-house fight between teammates, but I think if you can get a fight between manufacturers as well, that really adds to the excitement," Button said. “We need a good fight and that's what Formula One should be. It should be competitive, not just one team fighting at the front. We need two or three teams that are really getting in there for every race win.”

After winning his only title in 2009, Button raced alongside Hamilton for the next three seasons at McLaren in a trophyless period for the team.

Winning hasn't been a problem for Hamilton since the move to Mercedes in 2013.

“Lewis has achieved more than any British driver and soon is going to achieve more than any driver worldwide," Button said. "You'll still keep racing until he's not able to win anymore.”

Hamilton turned 35 last month — a year younger than when Button chose to retire in 2016.

Even if Hamilton signs a new deal with Mercedes, a decision will have to be made at some point when to stop racing.

“If he's still in a Mercedes, it's very difficult to turn away," Button siad, ”because you're still winning and you've been given a car that can win races. How do you walk away from that? That's a situation that not many people find themselves in. A lot of us are in cars that don't have that opportunity when we're at the end of our careers.”

Now Button is a viewer, watching from the paddock as a pundit for British channel Sky Sports in coverage aired in the United States on ESPN.

The season that begins in Melbourne on March 15 is the last before new regulations are enforced from 2021 intended to provide a more level playing field.

While technical regulations will create more standard parts and make the cars slightly heavier and slower, the biggest change is likely to be the new limit on what teams can spend.

“The richer teams are always going to have an advantage because they're able to pour more money into it,” Button said. “But that is also getting limited, which is good. It's still a quite high limit for the smaller teams. They're never going to be out of reach that budget, but it will be a lot closer."

While the budgets of the biggest teams can push close to $500 million, from 2021 and on teams will be limited to $175 million spent for on-track performance. Those figures won’t include expenses for things such as marketing, driver contracts and the three highest salaries on the team. But teams that violate the racing budget cap could face penalties, including losing a championship.

“I think with new regulations,” Button said, “the teams will be closer and then you might see them separating a little bit over the years of that regulation. But I'm excited.”