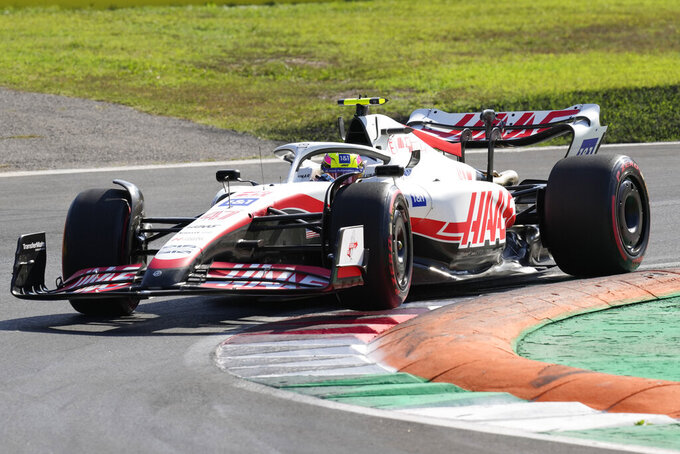 Haas driver Mick Schumacher of Germany steers his car during the qualifying session at the Monza racetrack, in Monza, Italy, Saturday, Sept. 10, 2022. The Formula one race will be held on Sunday. (AP Photo/Antonio Calanni) 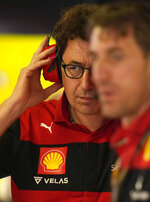 MONZA, Italy (AP) — Mick Schumacher could have just a few races to save his Formula One career.

The son of seven-time F1 champion Michael Schumacher was promoted to Haas from the Ferrari Driver Academy, where his contract is set to expire at the end of the year.

Schumacher has spent two seasons with Haas but only scored his first points at this year’s British Grand Prix in July with an eighth-place finish. He followed that up with a sixth-place finish in Austria but has finished no higher than 13th since.

“With Mick, as we said at the start of the season, it’s important for him this season to improve,” Ferrari team principal Matteo Binotti said Saturday. “We will in a few races sit down with him, make a balance of the season and we’ll do that as well together with Haas and decide for his best future.”

Haas, which has an engine partnership with Ferrari, would not be obligated to keep Schumacher if the 23-year-old German is no longer part of the Driver Academy.

Schumacher is currently 15th in the F1 standings, with 12 points from 15 races. He was slowest in qualifying for the Italian Grand Prix, although he will not start at the back of the grid for Sunday’s race after a number of drivers were hit by penalties.

Ferrari reserve driver Antonio Giovinazzi replaced Schumacher in the car for Friday's first practice at Monza and has been linked as his full-time replacement.