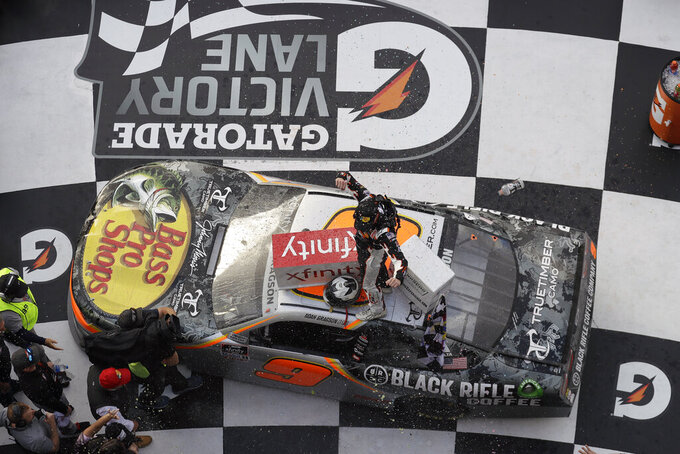 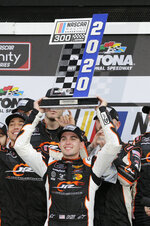 Jones said the win was extra special since he was able to beat Cup stars Busch and Keselowski.

“Yeah, man, absolutely,” Jones said. “Those are two of arguably the best in the business. We just had a car to beat them today. These guys do an incredible job.”

Busch started on the pole and led a race-high 78 laps on the mile oval. But the 23-year-old Jones gained momentum on a 47-lap green-flag stretch that ended the race, passing Busch was relative ease.

Busch is the defending Cup Series champion and was running in his first Xfinity race of the year. He has a series-record 96 victories. ___