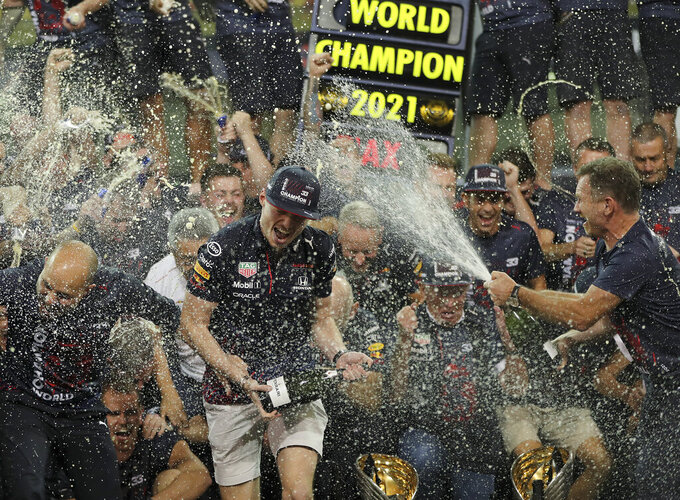 Formula One will get a glimpse of what the season may look like when its new generation of cars hits the track in a test session in Barcelona on Wednesday.

It will be the first preseason session following one of the biggest regulation changes in the series, and the first time drivers and teams will get a real feel about what to expect in 2022.

F1 implemented major changes to improve racing and try to make the series more competitive, with new aerodynamic and tire requirements that will make the cars look and feel different from previous years. They will be sporting new rear and front wings, as well as bigger wheels, to allow drivers to race closer together and hopefully increase the number of overtakes.

The older cars used to lose downforce — and their ability to go through turns faster — the closer they got to the cars ahead. The changes were aimed at reducing that loss of downforce and give the trailing drivers more chances of overtaking.

“Every decision we have made has been towards not dumbing down the sport but making it more achievable for more of the teams and to get a closer competition going on for the future while still leaving it a meritocracy so the best teams still win,” F1 motorsport boss Ross Brawn said.

The last time F1 underwent drastic rule changes was in 2014, when the turbo-hybrid era started. In 2017, F1 had already introduced design changes that made cars wider and faster to try to make the series more exciting, though that didn't keep Mercedes and Red Bull from dominating.

“I honestly don’t think the regulations will change the general order of things dramatically,” Brawn said. “It will bring it a lot closer and I think we’ll see some of what were the mid-field teams challenging. I think we’ll have a bigger group of competitive teams.”

F1 is coming off one of its greatest seasons as Max Verstappen and Lewis Hamilton battled for the title to the end, with Verstappen winning with Red Bull on the last lap of the last race to end Mercedes’ seven-year dominance.

“I’m optimistic about the coming season,” Brawn said. “The good teams will always do a good job. They’ve got the expertise and the experience. Although I’d love to see it, I don’t think we’re going to see teams further back all of a sudden dominating this year.”

Because of the regulation changes, preseason testing was divided in two parts, with the first sessions taking place from Wednesday through Friday in Barcelona and three more scheduled for March 10-12 in Bahrain ahead of the season-opener on March 20.

“Now with the new regulations, you have to get used to the car. It’s not like you just jump in and it’s an upgrade from last year,” Verstappen said. ”A lot is unknown about the car ... I’m very curious to see how the car is behaving on track.”

Cars will also use a higher ratio of sustainable fuel, and new safety features. There will be a lower budget cap for teams, and adjustments have been made to the race weekends to allow drivers and teams to arrive later to tracks.

Both practices on Fridays will take place in the afternoon so media availability can be held in the morning instead of on Thursdays. There will be some changes to the sprint race weekends as well, with more points awarded through to the eighth-place finisher and the top qualifier on Friday being attributed with the pole position for statistical purposes and not only to start up front in the Saturday sprint race.

It will be the longest F1 season yet with 23 races, with the Miami Grand Prix debuting in May on a street course. Races in Japan, Canada, Australia and Singapore have returned after dropping out because of the coronavirus pandemic.

Michael Masi was dropped as race director in fallout from the controversial ending to the final race last season. Niels Wittich and Eduardo Freitas will act alternately as race director with the assistance of permanent senior advisor Herbie Blash.

George Russell was promoted to Mercedes to replace Valtteri Bottas, who will be with Alfa Romeo alongside Zhou Guanyu, the first Chinese driver in F1 history. Russell’s place at Williams has gone go to Alex Albon, while two-time world champion Fernando Alonso is back with Alpine at age 40 — the oldest driver on the grid following the retirement of Kimi Raikkonen.