Magnussen to race American sports cars for Ganassi in 2021 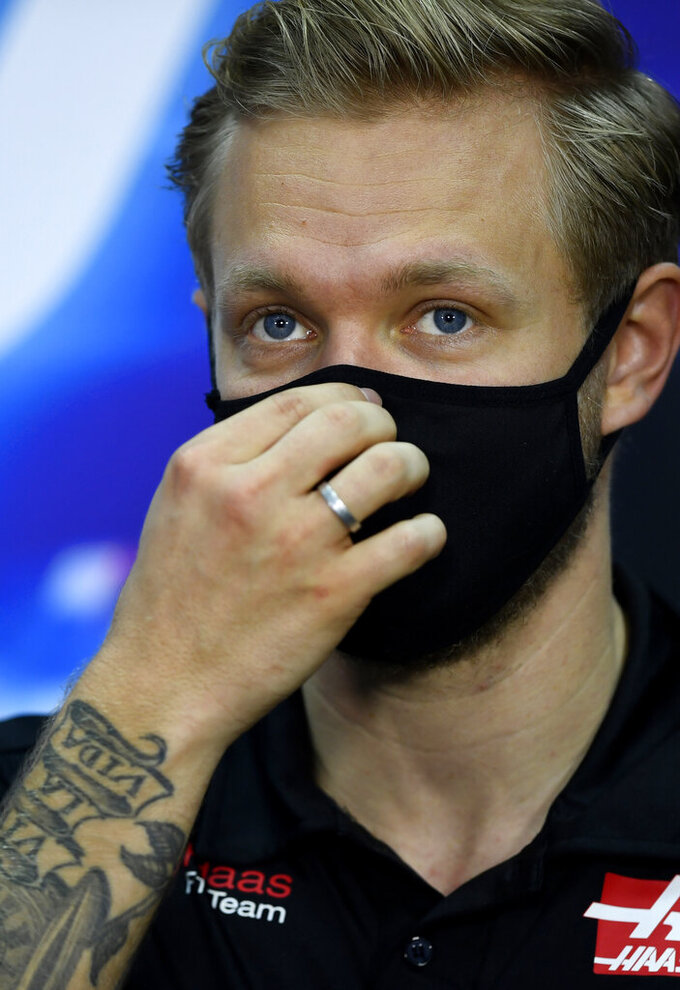 The Danish driver will be paired with Renger van der Zande in a Cadillac DPi-V.R, the team said Thursday. Ganassi is returning to the sports car series after a one-year hiatus.

Magnussen currently competes for Haas in F1 but the 28-year-old was not retained for next season. Magnussen won the Formula Renault 3.5 Series in 2016 and was developed in McLaren's Young Driver Program. He is the son of former F1 driver Jan Magnussen.

“If you are in professional racing anywhere in the world, you know the name Chip Ganassi and what it represents in motorsports,” Magnussen said. “Chip has built one of the best racing organizations on and off the track, and you can look back in history and see the tremendous record of success, especially as it relates to sports car racing.”

Ganassi teams won the Rolex 24 at Daytona eight times and claimed seven IMSA championships and 64 victories from 2004-19. The team also has wins in both the 12 Hours of Sebring and the 24 Hours of Le Mans.

Van der Zande is a two-time Rolex 24 at Daytona winner, most recently in January when teamed with Ganassi driver Scott Dixon. The 34-year-old Dutch racer won the IMSA championship in 2016 driving for Starworks Motorsport. He drove for Wayne Taylor Racing the last three seasons but was not extended for 2021, when WTR moves from Cadillac to Acura.

“It’s a first-class operation and the team knows how to win the big races,” van der Zande said. “One of the things that stood out to me was hearing that as a former driver, Chip always wanted to create and build a team that he would want to drive for. He has certainly done that."

Ganassi said its endurance drivers will be announced at a later date, although six-time IndyCar champion Dixon is expected to be part of the lineup.

Lineups for the 2021 IMSA season are rapidly coming together with a flurry of announcements over the last week. Meyer Shank Racing added Juan Pablo Montoya and AJ Allmendinger as its endurance drivers along with Olivier Pla and Dane Cameron.

Cameron and Montoya were teammates the last three seasons at Team Penske but that organization closed at the end of the season.

“Dane and I have a really great relationship that has also turned into a friendship,” Montoya said. “We both really understand each other and know what we need from each other to be competitive. I’m looking forward to continuing the relationship with him.”

Wayne Taylor Racing overhauled its 2021 lineup for its move to Acura. Ricky Taylor, part of the Team Penske championship winning team this season, returns to his father's organization alongside Filipe Albuquerque. Alexander Rossi and Helio Castroneves will be the endurance drivers.

In the GT Daytona class, Vasser Sullivan Racing said Jack Hawksworth and Aaron Telitz will run for the championship in the Lexus RC F GT3. They won three races together and finished third in the 2020 standings.

“We have not been shy about our attack on the IMSA GTD championship for 2021,” team co-owner Jimmy Vasser said. “Securing both Hawksworth and Telitz in the No. 14 is the first of a few dominoes to fall as we prepare our assault on this championship."

Vasser Sullivan did not announce its lineup for its second car, or its endurance drivers.