Key trial issue: Why did driver plow into counterprotesters? 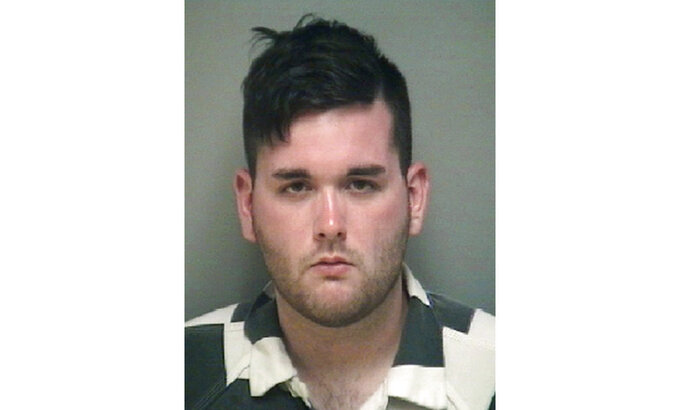 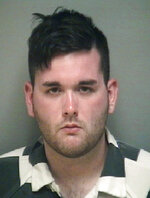 CHARLOTTESVILLE, Va. (AP) — No one disputes James Alex Fields Jr. plowed his car into a crowd of counterprotesters at a white nationalist rally in Virginia last year, killing a woman and injuring dozens more.

The only question, jurors were told Thursday, is why did he do it?

During opening statements at his murder trial, prosecutors and defense lawyers painted two starkly different pictures of what prompted Fields — a 21-year-old reputed Hitler admirer — to drive his gray Dodge Challenger into a crowd of people in Charlottesville on Aug. 12, 2017.

Prosecutor Nina-Alice Antony told the jury that Fields was angry after fighting broke out earlier that day between white nationalists who came to Charlottesville to protest the planned removal of a statute of Confederate Gen. Robert E. Lee and others who came to protest against them.

Antony said Fields had driven all night from his home in Maumee, Ohio, to attend the rally in support of white nationalists. A former teacher of Fields has said he was fascinated by Nazism and admired Adolf Hitler. Three months before the rally, Fields twice posted on Instagram an image of a crowd being struck by a car, Antony said, adding that the people in the crowd were described as "protesters."

"This case is about his decision to act on that anger," Antony said.

Defense attorney John Hill agreed there's no doubt Fields drove the car that careened into the crowd, but Hill said it happened after hours of violent clashes between white nationalists and counterdemonstrators, including street brawling, people throwing bottles and the use of tear gas and chemical sprays.

Hill said Fields eventually met up with two other people who will testify that he was not angry and appeared calm when he gave them a ride to their cars. A short time later, Fields drove into the crowd.

Hill told jurors they will hear testimony from a police officer who pulled Fields over after the crash. "You'll hear James tell the officer that he feared for his safety, that he was scared to death," he said. Fields also expressed remorse about the people who were hurt, Hill said.

One of the first witnesses called by prosecutors was a man whose image was captured in a dramatic photo as he was struck by Fields' car.

Marcus Martin became tearful several times while testifying, particularly when asked to describe Heather Heyer, a 32-year-old paralegal and civil rights activist who was killed when she was struck by Fields' car. "She was just a great person," Martin said, his voice cracking with emotion.

Martin said he, his fiance, Heyer and another friend had just joined the group of counterprotesters when he heard a tire screech. He said he pushed his fiance out of the way, then he was hit by Fields' car, suffering a broken leg and other injuries. "I really didn't know what happened," he said.

A photo of Martin and others being tossed into the air by the car won a Pulitzer prize. Martin can be seen in the photo suspended in the air, wearing a white T-shirt, khaki shorts, and red and white sneakers.

Several other people who were struck by Fields' car described their memories of being thrown in the air and spoke of their injuries. One woman said that after she was hit, she landed on the roof of another car parked nearby.

Antony asked each of the witnesses to compare the mood of the counterprotesters just before the car crash. Each said the group was feeling joyful after police declared the rally an "unlawful assembly" and forced the crowds to disperse. Several said the counterprotesters were celebrating the fact that the rally had been broken up and were peacefully marching, singing protest songs and happy that the rally was over.

During cross-examination, Fields' defense lawyers tried to focus attention on the violence that occurred during clashes between white nationalists and the counterprotesters in the morning, before the car crash at about 1:40 p.m.

Prosecutors also played video taken by a man who attended to observe the rally. In the video, prosecutors said, Field can be seen with a group of white nationalists, marching and carrying a shield. The video was shown to the jury, but was not visible to spectators in the courtroom.

Commonwealth's Attorney Joseph Platania played a second video in which the white nationalists — with Fields among them — can be heard chanting, "You will not replace us" and "Jews will not replace us." Platania said Fields and the others are seen making a hand gesture, but it was unclear what the gesture was because spectators were not shown the video.