The Latest: NASCAR 'pleased' with $2B deal with ISC 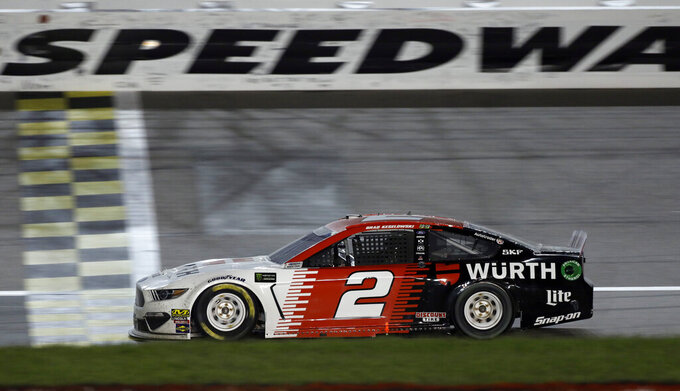 NASCAR is calling its $2 billion deal with International Speedway Corp. a merger.

The stock car series says it is "pleased with the progress" the "merger agreement" represents. NASCAR pledged to grow the sport and deliver great racing to its fans.

NASCAR has struggled with declining attendance and TV viewership in recent years. It has made a number of changes to the actual racing in hopes of drawing new fans.

ISC runs a dozen tracks across the country, from Watkins Glen in New York to Daytona in Florida, Talladega in Alabama and Auto Club Speedway in California. It is one of two major companies that host NASCAR races along with Speedway Motorsports Inc.

NASCAR is buying International Speedway Corp. in a deal worth about $2 billion.

The deal comes a year after reports suggested the France family was looking to sell the struggling stock car series. NASCAR late last year began acquiring the remaining public stock in International Speedway, which owns a majority of the NASCAR-sanctioned tracks.

NASCAR could, at minimum, be seeking investors.