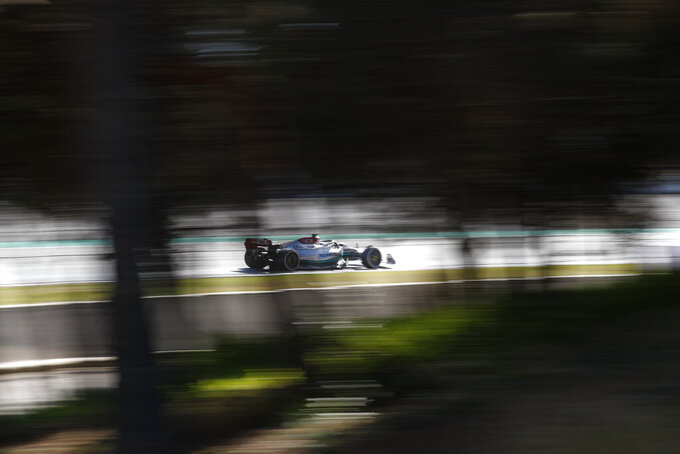 Mercedes driver Lewis Hamilton of Britain steers his car during a Formula One pre-season testing session at the Catalunya racetrack in Montmelo, just outside of Barcelona, Spain, Thursday, Feb. 24, 2022. (AP Photo/Joan Monfort) 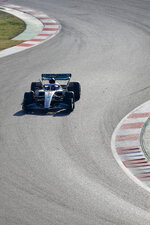 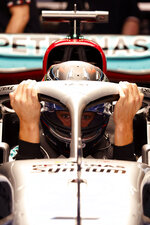 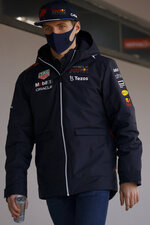 BARCELONA, Spain (AP) — Ferrari driver Charles Leclerc had the fastest time in Formula One preseason testing on Thursday as drivers and teams weighed in on the Russian attack on Ukraine and the possible repercussions for the sport.

Four-time champion Sebastian Vettel said he will not race in the Russian Grand Prix in September, while world champion Max Verstappen stopped just short of saying he would pull out. F1 said it was “closely watching" the developments, and team officials were expected to meet to discuss the matter.

On the track, Leclerc showed Ferrari's strength by finishing with the fastest lap of the day with a time of 1 minute, 19.689 seconds at the Barcelona-Catalunya Circuit. Pierre Gasly was second with AlphaTauri, ahead of Daniel Ricciardo with McLaren, another team showing its strength early on.

Ricciardo had the fastest time in the morning session and teammate Lando Norris had led the first of the three days of testing in Barcelona on Wednesday. Norris remains the fastest overall with a time of 1:19.568.

George Russell was fourth fastest with Mercedes on Thursday, while teammate Lewis Hamilton was the slowest among the 16 drivers who made it to the track after running a limited number of laps in the morning.

Hamilton's run was shorter in part because of a red flag caused by the Red Bull of Sergio Perez, who had his day significantly affected by a gearbox problem and was seventh-fastest overall. His teammate Verstappen had no reliability problems on Wednesday and finished with the most laps among all drivers.

The session also was red-flagged because of a fuel pump problem on the Haas of Nikita Mazepin, the only Russian driver currently on the F1 grid.

Vettel, sixth-fastest with Aston Martin, said he was “shocked” by Russia's attack on Ukraine and said the Grand Prix Drivers’ Association, which he leads, will eventually talk about the matter.

“We will see going forward but I think my decision (to miss the Russian GP) is already made," the 34-year-old German said.

Verstappen said “when a country is at war it’s not correct to race there, that’s for sure. But it’s not only what I think, it’s the whole paddock (that is) going to decide what we are going to do next.”

Two-time F1 champion Fernando Alonso said "we can make our own decisions for sure but eventually I think Formula One will do the best (thing).”

F1 said in a statement it was “closely watching the very fluid developments” but made no further comment on whether the race in Sochi in September would be canceled.

Rookie Zhou Guanyu, the first Chinese driver in F1, made his testing debut with Alfa Romeo in the afternoon session and was able to run without major problems, finishing 10th fastest. The team had struggled early and teammate Valtteri Bottas couldn't manage many laps in the morning on Thursday.

Haas also struggled with reliability issues on Wednesday but improved on the second day with Mick Schumacher at the wheel.

F1 has a new generation of cars after major regulations changes to try to improve racing and make the series more competitive. New aerodynamic and tire requirements are in place to hopefully allow drivers to race closer together and create more overtaking.