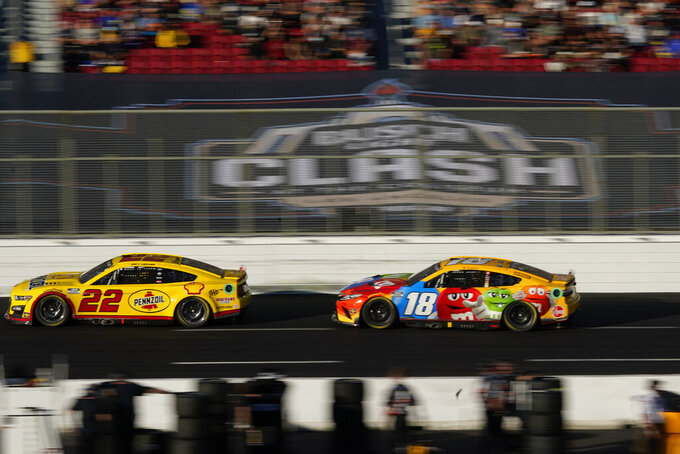 The previous version was an overly engineered, off-the-chart expensive design that had been tweaked, twisted, trimmed and tuned to make it fractionally faster and significantly safer over the past five-plus decades.

“It was the most supped-up 1970s Mustang that you could imagine,” driver David Ragan said.

NASCAR’s newest version is pretty much a kit car. Teams get all the same pieces from varying vendors and have detailed instructions regarding how to put it together. It’s NASCAR’s most notable overhaul and should result in a vehicle that’s more durable, more economical and considerably more modern — even if the changes are barely visible to the casual fan.

The “Next Gen” car made its debut — a soft opening, of sorts — in the exhibition Busch Clash at the Los Angeles Memorial Coliseum a little more than a week ago and will take center stage this week in the season opener at Daytona International Speedway. The sold-out Daytona 500 will serve as the ultimate proving ground for an iteration that’s been years in the making and could level the playing field to some degree.

“We’ve never had anything change as much as we have with the car this year,” 2017 Cup Series champion Martin Truex Jr. said. “It’s going to take us quite a while to figure out where we are at, to learn about this car, to understand how to make it work on different types of racetracks, and I think that’s going to go on for a while.

“It’s going to take a while to really feel comfortable where you are or understand things to the extent we have in the past.”

The new car might not look much different to someone flipping television channels and landing on the 500, but the changes are significant to drivers, diehard fans and industry insiders.

The cars have bigger aluminum wheels that feature one center lug nut instead of five traditional ones. NASCAR moved car numbers forward on door panels, creating an opportunity for sponsors to enhance branding opportunities. They also have independent front and rear suspension, as well as a transaxle instead of a transmission, with the transaxle performing gear-changing and power-splitting functions in one integrated unit.

And many of the pieces that fit under the car, items that used to cost hundreds of thousands annually to develop, are now spec parts that are essentially bought off store shelves. They’re the same for everyone and not allowed to be manipulated.

“Underneath the body that car is essentially bought off the shelves from Costco,” said David Wilson, president of Toyota Racing Development.

“Hopefully we can still find the tricks in which this car likes to make you go fast. More to learn for sure.”

“We could see ourselves still trying to wrap our heads around this by the time we get to midseason,” Wilson said. “It’s going to take us some time to see the impact of downforce and drag and how that changes from track to track. So it fills me with angst. It fills me with excitement at the same time.”

Drivers expect to see a performance difference, with the new car being able to be driven harder into the corner and being a little sketchy coming out of it. The result should be the racing equivalent of being able to drive sideways without spinning out.

“The cars, in general, seem to really like when you drive the hell out of them, which is fun,” 2012 Cup champion Brad Keselowski said. “I think you’ll see more dive-bomb-type moves. … That will get people to drive over their heads that normally couldn’t get away with it. You’re going to see a lot of guys step over themselves on corner exits.”

NASCAR is banking on better racing. The long-term outcome also could allow smaller teams with less financial backing to be more competitive. The new car was a big reason so many new owners have joined the Cup Series: Denny Hamlin and Michael Jordan with 23XI Racing; Justin Marks and Pitbull with Trackhouse Racing; and Keselowski becoming a part owner at Roush Fenway Racing.

The entry-level cost to get a car to the track is pretty much the same for everyone since there’s no overhead to develop and improve every nut and bolt, every curve and corner. Engineers, mechanics, crew chiefs and drivers spent hours, days, weeks, months and years polishing every detail of the old car into a rolling work of art — albeit with 50-year-old technology.

Now, it’s a much more sophisticated rendition and could set the tone for a new generation of stock car.

“They hit a home run,” Busch said. “Nine out of 10. It’s right there. It’s really close. I think a lot of the race teams love the appeal, as well as a lot of fans love the appeal as well to have what it looks like.

“Now we’re all just trying to figure it out, what makes it tick, what makes it go fast. There’s a lot of different levers that we have yet to pull on this thing to make it what we need to and we’ll keep working on that.”